“It’s Going To Be A Long Haul” – Deadline 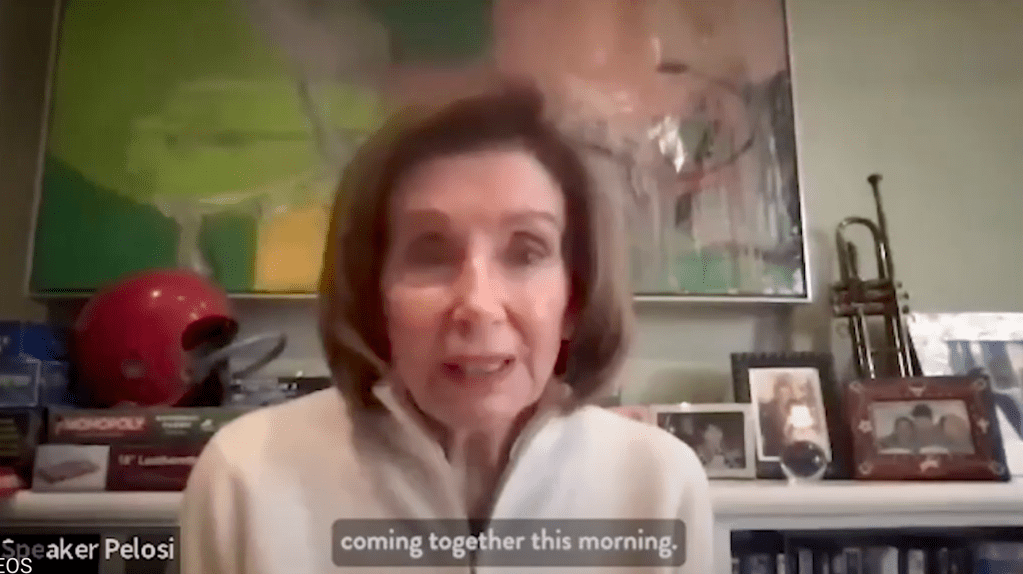 This evening on a Democratic fundraising Zoom call, House Speaker Nancy Pelosi made her first comments about her husband Paul’s condition since he came home from the hospital after being violently assaulted in their San Francisco residence.

Paul Pelosi, 82, was allegedly struck in the head by a hammer after an assailant broke into the couple’s San Francisco home early last Friday morning, say police. He had to undergo skull surgery following the violent assault to repair several fractures. The procedure was reportedly successful. Speaker Pelosi was in Washington, D.C., along with her security detail at the time of the attack.

‘It’s going to be a long haul, but he will be well,” she said tonight. “And, it’s just so tragic how it happened, but nonetheless, we have to be optimistic. He’s surround by family, so that’s a wonderful thing.”

Pelosi had previously addressed the incident in a letter shortly after the attack writing, “We are grateful for the quick response of law enforcement and emergency services, and for the life-saving medical care he is receiving.”

The man who broke into their home said he was, per the Associated Press, on a “suicide mission” with plans to target key figures and politicians. He told officers in a recorded interview that he planned to take Pelosi hostage and, if she were to tell him the “truth,” “he would let her go, and if she ‘lied,’ he was going to break ‘her kneecaps.’ ”

The alleged assailant has pleaded not guilty. He faces a multiple of state and federal charges, including assault, attempted murder and attempted kidnapping.