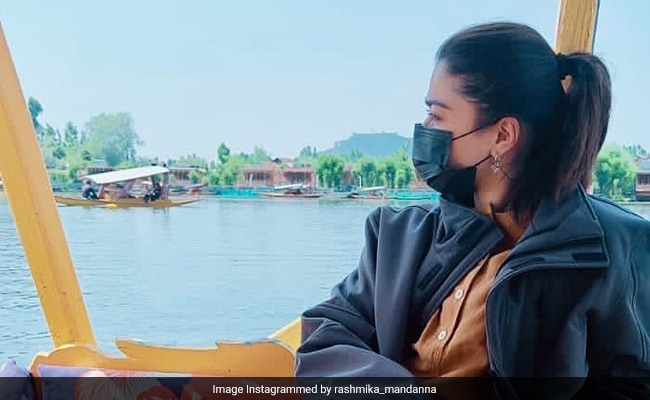 Rashmika Mandanna in her recent post opened up about things that have been “troubling” her for a “few days or weeks or months or maybe even years now.” In her long post, she spoke about receiving hatred and being a “punching bag” for trolls. She also revealed that she puts all her effort and tries her best to make herself and her fans proud. However, such hatred demoralises the actress. She began her note with these words, “Hi so.. A couple of things have been troubling me these last few days or weeks or months or maybe even years now, and I think it’s time I address it. I am only speaking for myself – something I should have done years ago. I have been on the receiving end of a lot of hate ever since I started my career. Quite literally a punching bag for a lot of trolls and negativity out there.”

Rashmika added, “I know that the life I’ve chosen comes with a price- I understand that I’m not everyone’s cup of tea and certainly don’t expect to be loved by every single person out there. That doesn’t mean because you don’t approve of me you can spew negativity instead. Only I know the kind of work I put in, day in and day out to make you all happy. The happiness you feel from the work I put out is what I care about most. I really am trying the best I can to put out things that both you and I are proud of.”

“It’s heart breaking and frankly quite demoralising when I’m being ridiculed and mocked by the internet especially for things that I Have Not Said. I’ve found that bits of things I’ve said in interviews are being turned against me. False narratives being spread across the internet that can be very harmful to me and the relationships I have in or outside the industry. I welcome constructive criticism because that’s only going to push me to improve and do better. But what’s with the vile negativity and hate? For the longest time I’ve been told to ignore it. But it has only gotten worse. By addressing it, I’m not trying to win anyone over. I don’t want to feel closeted and forced to change as a human being because of this hate I keep receiving,” Rashmika Mandanna continued.

Rashmika concluded her note with these words, “That being said, I do recognise and acknowledge all the love I’ve been receiving from the rest of you. Your constant love and support is what has kept me going and given me the courage to come out and say this. I only have love for everyone around me, the people I’ve worked with so far, all of whom I’ve always admired. I will continue to work hard and do better for you. Because like I said, making you happy -makes me happy. Be kind everyone. We’re all trying to do our best.”

Soon after Rashmika Mandanna shared the post, her Sita Ramam co-star Dulquer Salmaan wrote in the comment section, “The love is from those who want to be like you. Hate is from those who never can. You be you ! You is amazing,” while Elli AvrRam dropped an adorable comment, “Big kuchipuchiii hug to you.” Rashmika’s fans also came out in support of the actress and flooded the comment section. A fan wrote, “You’re the best don’t worry about those jokers,” another wrote, “Haters gonna hate just ignore them and keep going on we are there for you to support you and encourage you,” while another commented, “You are the warmest, most cheerful people in the world. I love you you.”

Meanwhile, on the work front, Rashmika Mandanna made her debut in Bollywood with Goodbye, co-starring Amitabh Bachchan. The actress received immense praise from the audience and critics for her performance.

Kamal Haasan To NDTV On His Next Film With Mani Ratnam: “I’m Excited”