“It’s Not A Bollywood Film” 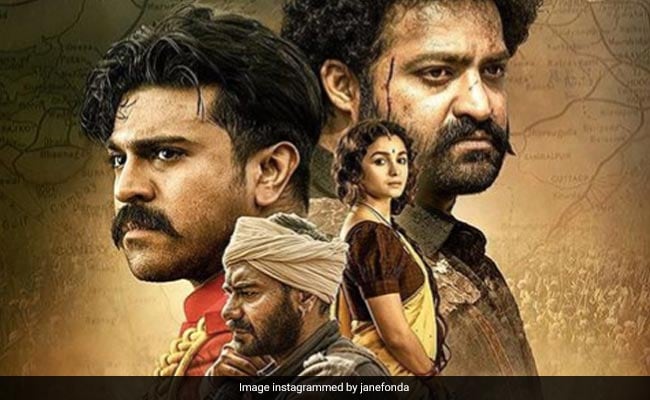 New day, new addition to RRR celeb fan club – Hollywood veteran Jane Fonda. The 85-year-old actress, who has been sharing film recommendations on her Instagram profile of late, added RRR to her list. “I was transfixed,” the Hollywood veteran wrote after watching RRR. However, a section of the Internet was quick to school the actor that RRR isn’t a Bollywood film like she had mentioned. It is a Tollywood film (the Telugu-language film industry). “On the complete opposite extreme of the last film I recommended, To Leslie, here’s another new one that took me by surprise: RRR, an Indian movie that’s short listed in the Best Foreign Film category. It’s a combination of Indiana Jones, a serious film about imperialism and Bollywood. I was transfixed,” read her caption.

An Instagram user wrote in the comments section: “Its Tollywood but we can stick to Indian.” Another one added, “Not Bollywood, though. Bollywood refers to Hindi language movies.” A couple of other Instagram users referred to the Indiana Jones reference in Jane Fonda’s caption and added, “This is a Tollywood film, nothing like Indiana Jones ma’am. The lead roles are depicted of our freedom fighters who died fighting for country’s freedom.” Another comment read: “Not Bollywood. Please. Indian is fine.” Another one read: “It’s a remarkable movie! But sorry to say, it’s not Bollywood.”

Another section of the Internet thanked the actress for giving a shout out to the film. “I am extremely happy to see an icon appreciating our Indian movie on a public platform,” wrote an Instagram user. “Thanks Jane. It’s on my list now,” read another comment.

In her post, Ms Fonda also mentioned that the film is “short listed in the Best Foreign Film category.” She didn’t mention which awards though. The film was nominated at this year’s Golden Globe Awards but missed out. It was also on the longlist of BAFTAs but couldn’t make it to the final nominations list. The film has also submitted itself for consideration in several Oscar categories and it features on a list of 301 films that are eligible for the awards. Nominations for the Oscars will be announced on January 24.