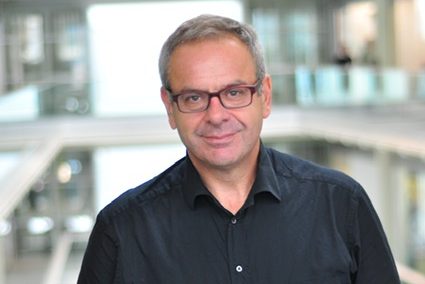 Shaw has been in his current post for the past five years, during which time he has worked closely with the company’s CEOs on strategy and overseen the likes of the Harry: The Interview and The Queen’s Green Planet with Sir David Attenborough.

ITN CEO Rachel Corp paid tribute to “one of the most talented editorial minds to have ever worked across ITN.”

“It’s hard to think of another person who has had so much influence across the business,” she added. “Under his leadership ITN divisions have devised and delivered ground-breaking ideas and programmes that have gone on to win multiple awards and accolades.”

Shaw, who leaves in March to “pursue other media interests and artistic challenges,” said: “I’ve enjoyed a career packed with amazing stories and experiences.  I don’t think any other production company can offer the sheer variety and quality of content we get to make here”.

Shaw joined the outfit in 1985 to work on ITV News and left briefly to help launch Sky News before returning as Channel 4 News Home and Foreign News Editor.

He held a number of other posts before being tasked with launching Channel 5 News in 1998 and was subsquently hired by Channel 5 as a News, Curent Affairs and Documentaries, Commissioning Editor.

He once again returned to ITN i 2010 to run ITN Productions, which grew vastly under his tenure, an was promoted to his current role in 2018.

Shaw’s loss is ITN’s second big blow in the past months, with former CEO Deborah Turness recently moving to BBC News to run the division.