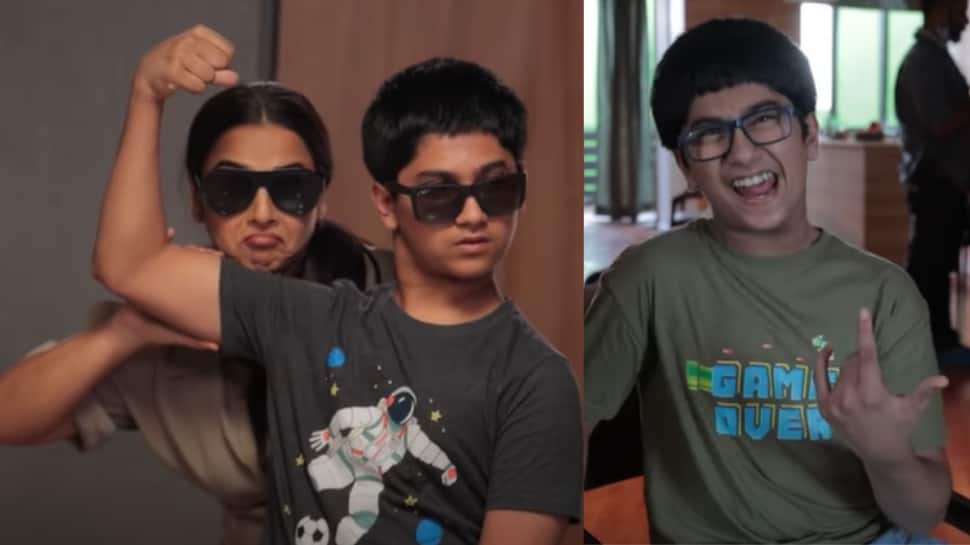 New Delhi: Actors Vidya Balan and Shefali Shah starrer ‘Jalsa’ is known to be helmed by two stellar female performers but the film also surprises viewers with child artist Surya Kasibhatla’s nuanced performance. Surya plays the character of Ayush – Vidya Balan’s son who has cerebral palsy in the film. The child actor in reality also suffers from the same disability. The casting of Surya is an important step forward in inclusivity and representation in Hindi cinema.

Amazon Prime Video released ‘The Heart of Jalsa’ a behind the scenes video from the film on Amazon. It focuses on Surya’s acting skills and his co-stars Vidya and Shefali talking about his talent. ‘Jalsa’ director calls Surya ‘an incredible actor, the boy who never gave up’ and says right after he met him for the first time, he knew he got his Ayush.

Surya also shared the experience of working in the film and shared, “I had a lot of fun working on this film and on the set. I just had a blast working with the team. Thank you for watching the video and see you in the movie.”

‘Jalsa’ talks deeply about the relationship of a mother (Vidya Balan) and her son (Surya Kasibhatla). And Surya Kasibhatla, a 14-year-old from Texas, of Indian origin who has cerebral palsy, plays Balan’s son, which is being appreciated all across. His performance has not just touched the heart of audiences, but has also been an inspiration for many.

Replete with spellbinding performances and a nerve-wracking storyline, ‘Jalsa’ promises to keep you at the edge, leaving you wanting for more. Apart from Vidya and Shefali, the movie features an ensemble cast of actors like Manav Kaul, Rohini Hattangady, Iqbal Khan, Vidharti Bandi, Shrikant Mohan Yadav, Shafeen Patel and Surya Kasibhatla.

‘Jalsa’ is available on Amazon Prime Video for viewing.