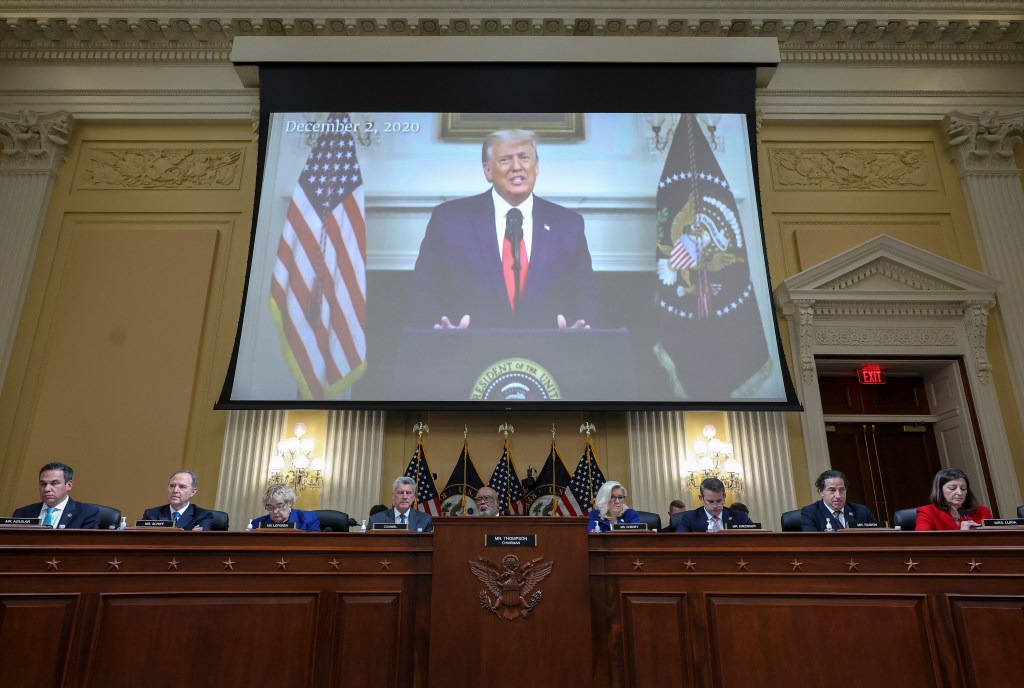 Donald Trump was subpoenaed today over his role in the insurrection and attack on the U.S. Capitol on January 6, 2021. The Congressional January 6 Committee announced earlier today that it would vote on whether to subpoena the former president in its ongoing investigation into the assault. There had been little indication in recent days that such a move might be in the offing, though in the hours before the conclave NBC did report on the possibility.

Committee Chair Bennie Thompson said as the gathering began today that “We are convened today not as a hearing, but as a formal committee business meeting so that in addition to presenting evidence, we can potentially hold a committee vote on further investigative actions based upon that evidence.” It was a fairly sharp departure for what had been assumed to be the committee’s final meeting — at least for 2022.

Before the vote, panel vice chair Liz Cheney, who offered the resolution, urged in reference to Trump, “We must seek the testimony of the key player” in the attack. The vote was a unanimous, “Aye” from all nine committee members.

She also indicated,”Our Committee may be making criminal referrals to DOJ.”

A business meeting is usually when a Congressional committee considers issuing subpoenas or referring charges to the Justice Department. Fox News reported on air that it could find only two other instances in which a committee had tried to depose a president: In the late 1840s with John Tyler and John Quincy Adams, who ultimately didn’t have to come before committee and an effort to bring Harry Truman before the House Un-American Activities Committee.

It is unclear whether Trump would actually testify, though Fox also noted that Trump has urged his own affiliates not to appear. Per the New York Times today, “He would be all but certain to defy any subpoena, and attempts to enforce one would almost certainly lead to a protracted legal battle.”

Today’s move by the Congressional committee comes as Trump faces a DOJ probe on classified documents he spirited out of the White House to his Mar-a-Lago residence when leaving office last year.  Frantically campaigning in next month’s midterms in the hopes of regaining control of Congress for the GOP, Trump also is up against a plethora of other litigation on personal and professional matters, including a deposition next week in the defamation lawsuit lodged by a writer E Jean Carroll, who says he raped her in the mid-1990s.

Trump is still officially undeclared as a candidate for the presidency in 2024 – though it is widely assumed he intends to run.

Ted Johnson and Dominic Patten contributed to this report.