January 6 Primetime Hearing May Prove Too Little, Too Late For Democracy – Deadline 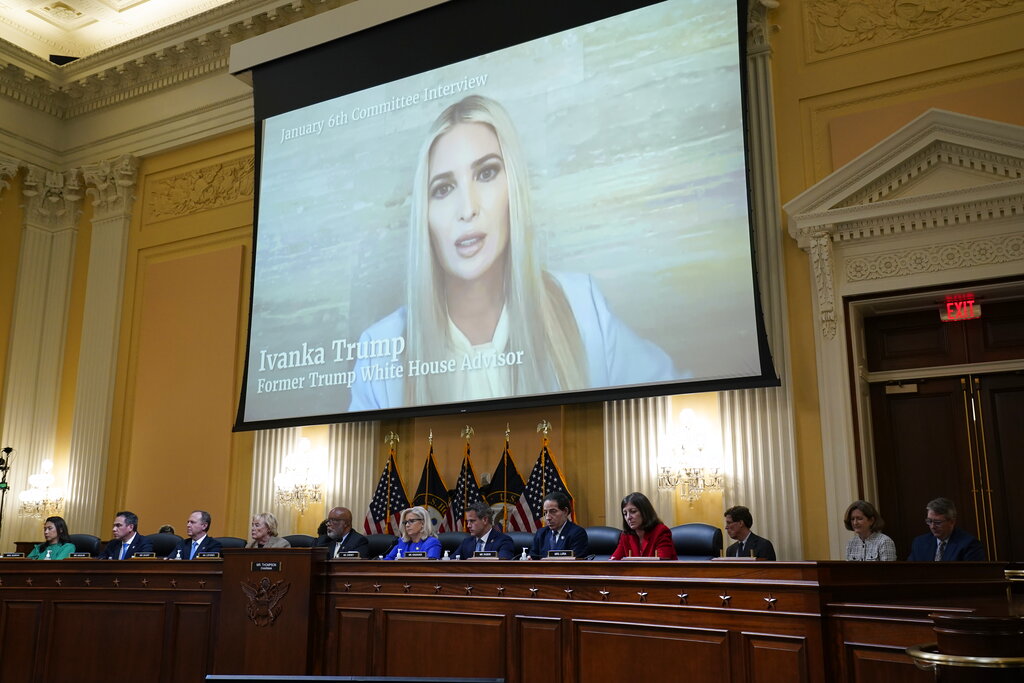 If tonight’s primetime debut of the House January 6 committee investigating the MAGA fueled attack on the Capitol last year was any indication of how the democracy protecting politicians plan on making their pitch to the American public, they may want to give Mark Burnett a shout.

The Survivor, The Voice and Celebrity Apprentice executive producer doesn’t always have the golden touch, but MGM Television Worldwide Group boss Burnett often does have knack for being able to grab an audience and keep them, as well as reset a brand – just ask Donald Trump. With several more televised hearings scheduled over the summer, a seasoned Reality TV hand may now be America’s best hope.

The fact is Thursday’s 8 p.m. ET starting show and tell led by chair Rep Bennie Thompson (D-Miss) and vice chair Rep. Liz Cheney (R-WY) was not the shock and awe it needed to be. Despite the praise from TV talking heads as the hearing was in recess and right after it ended, this was NPR when it should have been UFC.

Perhaps current Attorney General Merrick Garland and the Justice Department are coming soon with criminal charges against the shameless Trump and his gang, but tonight’s curtain raiser sadly played out more as another somber stumble for America into a growing darkness

Intended to invigorate our deeply divided nation to the clear and present danger that the Democrat dominated panel believes it has uncovered in “the actions of the insurrectionists on January 6, 2021,” as Rep. Thompson said in his stern opening remarks, the long toiling committee tonight won’t see anyone voted off the island. As an often split-screened Tucker Carlson pontificated against the “pure lie” of the January 6 assault, the legitimacy of Joe Biden’s election 2020 win, his cable news rivals and the very notion of white supremacy on Fox News Channel, the committee hearings turned to a video of Trump’s former Attorney General Bill Barr calling “bullsh*t” on his old boss.

There is no doubt that the American people voted Trump out of office and the Select Committee has found no evidence of election fraud. pic.twitter.com/qa5qNyMXqS

Maybe Barr plays well within the Beltway, but missing an opportunity to own the narrative with the kind of tactics that Reality TV specializes in, the nearly two-hour hearing simply failed to read the national room. Aware of the power of the potential public attention, the committee brought former ABC News president James Goldston on board to assist in the presentation.

It took nearly an hour into the cluttered hearing to show a clip of Trump son-in-law and close aide Jared Kushner’s testimony. A video of favorite offspring Ivanka Trump saying that she “accepted what he (Barr) was saying” about the lack of validity of the former President’s election fraud claims was a ripple in the fact and data packed hearing when it could have been a tsunami. Describing the “carnage,” “chaos,” and “war zone” of that day in early 2021 as the mob tried to stop the certification of the 2020 election, documentary filmmaker Nick Quested, who was close by the influential Proud Boys on January 6, and Capitol Police officer Caroline Edwards offered live testimony this evening later on.

What should have been John Dean moments revealing a cancer on the Presidency and the ravages of Trump’s desires right at the top of today’s presentation was instead too little, too late and, perhaps worse, likely inconsequential.

Even with a star turn by the now GOP ostracized Cheney and vivid previously unseen footage (see above) of the violent mob besieging Congress and pummeling police on January 6 last year, the battle for hearts and minds was pretty much lost tonight before it began.

In tones and setting seeking to be reminiscent of the scathing Watergate hearings from the ancient Nixon era and the Iran Contra hearings of the far-flung Reagan Era, the drama of the attempted coup d’état was primarily undermined by its own circumspect process in the media saturated realm of 2022 America. Burying the lede and outrage, and promising to save White House staffers until the final televised hearing weeks from now, the mixture of video segments and witness testimony  unveiled no smoking gun.

Leaning into history and not the immediacy, what the hearing did mainly show in its first vital hour was a steam of talking points and underwhelming clips.  With contrarian Fox News obstinately keeping to their usual line-up and merely weaving in and out of the hearings, as well as taking frequent swipes at the “dynamic duo” Cheney and retiring Rep. Adam Kinzinger (R-IL), the first of several planned televised hearings by the Jan 6 committee preached to the already converted.

“Ultimately, Donald Trump, the president of the United States spurred a mob of domestic enemies of the Constitution to march down to the Capitol and subvert American Democracy,” Rep Thompson said on Thursday, unsurprisingly pinning the threat on to the impulses and authoritarianism of the former Celebrity Apprentice host. “There are those in this audience who thirst for power, but have no love or respect for what makes America great,” he added in front of a giant video screen.

Live and unfiltered across the nation and the world on ABC, NBC, CBS, BBC World, CNN, MSNBC, C-SPAN and the low rated Fox Business, among others and online, Rep. Thompson, and VP offspring Rep. Cheney uttered strong and sometimes stirring words in their statements. However, the audio rarely matched the video for impact, and TV is a mainly a visual medium, as any rookie reporter can tell you.

Over on the Rupert Murdoch -owned Fox Business, former MTV VJ Kennedy threw from her show to Bret Baier and Martha MacCallum, who anchored the live telecast of the hearing with characteristic levity saying, “It is going to be a very spicy night.” Starting at 8 PM ET/5 PM PT, vets Baier and MacCallum for the most part, offered a standard-issue intro to the Capitol Hill proceedings, with a few notable exceptions. In the first 90 seconds on the air, both anchors repeatedly referred to the events of January 6 as a “riot,” rather than as an “insurrection” or “assault,” which is how many other outlets have characterized it.

“This has all been produced down to the minute,” the FNC anchors also told their Fox Business viewers. Over on Fox News proper, a lower third on the screen tonight read: “Today’s Hearing Is Political Theater.”

Just like a broken watch tells the time at least twice a day, the Fox hosts and graphic were right in their assessment. What they failed to state is that the hearing wasn’t produced that well and may actually only harden the MAGA/GOP opposition in this year of midterm elections.

For over a year, Trump’s allies have dismissed the committee itself as a partisan exercise, even though it contains two Republicans, Cheney and Kinzinger, who have broken with their party orthodoxy.

From the GOP grassroots to its upper leadership, the party has doubled down on denying the importance of January 6, or embrace conspiracy theories over its cause. The Art of the Deal author has certainly been helped out by House Minority Leader Kevin McCarthy (R-CA), who blasted the hearing earlier on Thursday.

Then there is the even more important media echo chamber filling the ears of conservatives. Along with Fox News’ top draw Carlson, fellow hosts Sean Hannity and Laura Ingraham’s shows pre-empted the major news event. Having the hearing on near silent split-screen tonight, Hannity, like Ingraham, has found himself part of the panel’s investigation. Dipping into Hannity’s correspondence with then White House Press Secretary and now Fox contributor Kayleigh McEnany on Thursday, Cheney last year read texts that both Fox personalities sent to then-Chief of Staff Mark Meadows as the attack unfolded on January 6. In both instances, the communication urged the aides to try to get Trump to try to put a stop to the violence.

Fox News’ decision to forgo coverage on its main network has drawn harsh criticism from lawmakers and media critics. Senate Majority Leader Chuck Schumer took to the Senate floor earlier on Thursday and called Fox News’ decision “cowardly” and one that should “end any debate that they are not a real news organization.”

“Fox News is a propaganda machine of the hard right and it is plain as day that they are scared of their viewers learning the truth about January 6th,” the New York Senator said, arguing that they have “isolated their viewers in an alternate reality of conspiracy theories.”

Out of primetime for the near future, the next televised January 6 committee hearing will be broadcast on June 13 at 10:00 a.m. ET, with most outlets airing the event live. Another hearing is scheduled for June 15 at 10:00 a.m. ET with more to follow.

How many will be watching after tonight will tell us just how hardened the tribal councils of Dis-United States of America really are – and no made for TV event may have changed any significant number of votes going forward.

Tom Tapp contributed to this report.