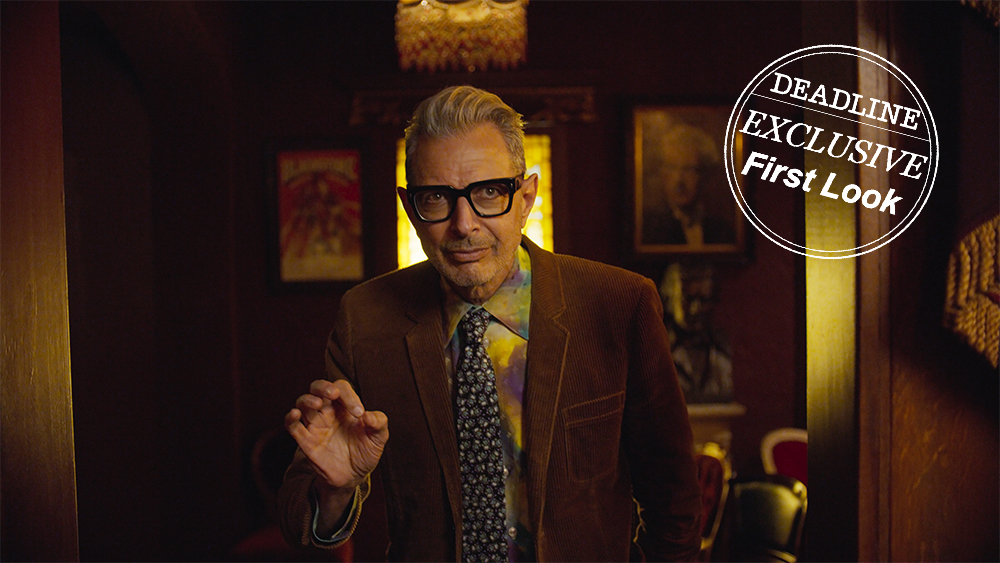 Jeff Goldblum took over the New York Comic Com virtual stage on Thursday to tease the upcoming second season of his Disney+ series The World According to Jeff Goldblum—specifically the show’s second episode about magic.

Deadline’s Rosy Cordero served as moderator of the panel which included Goldblum, Penn Jillette and Teller of Penn & Teller, and street magician Erik Blackwell. Penn, Teller, and Blackwell also feature in the episode.

“[Magic] is not really an optical illusion thing or a viewing thing—it really is a mental thing,” said Penn Jillette. “Essentially, we’re lying. One of the joys of magic and one of the most important things in life is trying to determine what is true and what’s not, and human beings aren’t particularly good at that but we do our best. Scientific method has helped that tremendously but we still have to make snap judgments on that. Most of those judgments are extremely important. But magic, as we use it today, is a way to play with that in a safe environment.”

Added Blackwell, “When I’m going to perform, I’m not really thinking of fooling [audiences]. I’m going to trick their minds, I just present it and hope for nothing but the best. I’m just trying to make people smile, but there are different ways around it.”

Goldblum believes audiences love magic because “it gives us a taste of humble pie, which is delicious.”

He continued, “When you can really experience the, ‘Hey, maybe I’m not as smart as I thought I was. Maybe I don’t know everything there is to know.’ I have my mind set about what reality is, but maybe if it doesn’t make me too gullible to people that would want to con me, there are other parts of myself that might benefit from being open and recovering the wonder that I had when I was a kid. And that there’s real magic afoot in the universe that I could be open to and look into.”

Season 2 of The World According to Jeff Goldblum premieres on Nov. 12.