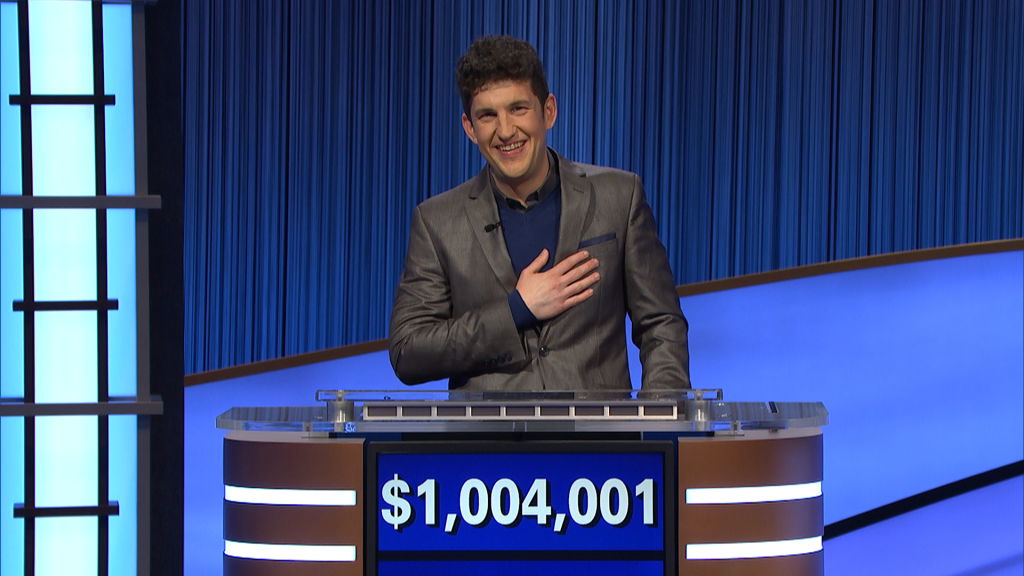 Matt Amodio, a Ph.D student from New Haven, Conn., has become the third person in Jeopardy! history to earn more than $1 million in non-tournament play.

“This was beyond my wildest dreams going in,” Amodio said. “I knew it was a possibility, but I thought it was a very remote possibility, and to have it actually happen is unbelievable.”

Amodio’s next change to increase his stake arrives Monday.