Jesse Tyler Ferguson On ‘Take Me Out’ Photo Leak – Deadline 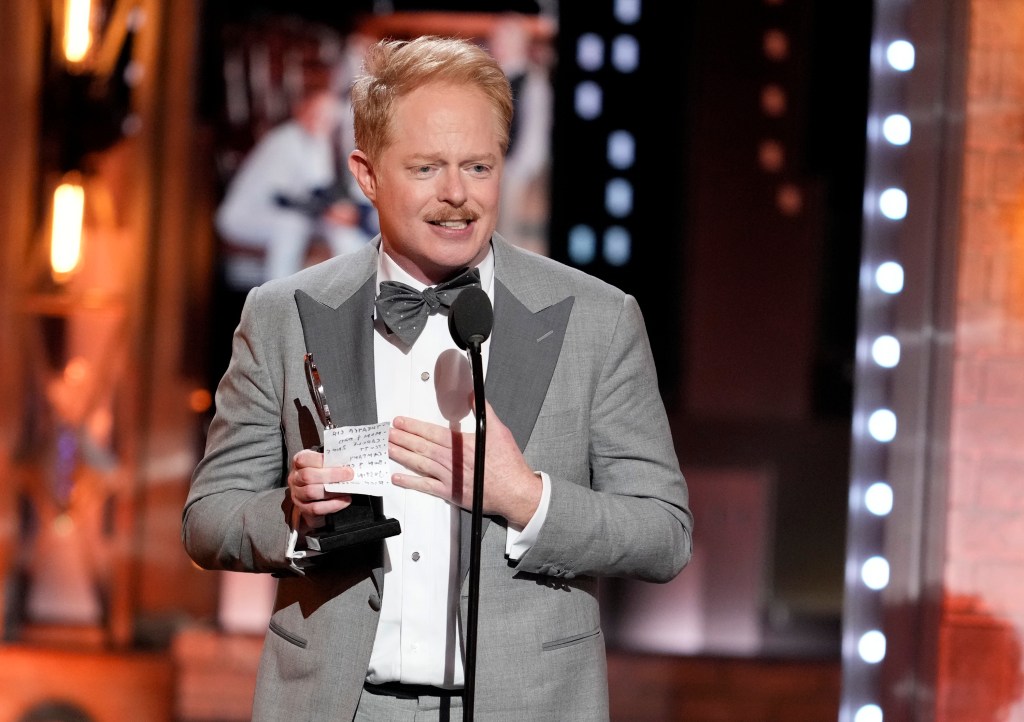 Jesse Tyler Ferguson, who won a Tony for Best Featured Actor in a Play for his performance in Take Me Out, said the leaking of a naked photo of cast member Jesse Williams from a performance hasn’t made him less trustful of Broadway audiences.

The cell phone video, shot from the audience and then posted on social media despite measures that were in place at the Second Stage Theater to prevent access to phones, enraged the theater, Actors’ Equity and Ferguson. Last month, the theater told Deadline it would install infrared technology aimed at detecting cellphone malfeasance.

“Take Me Out is a very unique play in which there are shower scenes and celebrities — I don’t think those two match up too often onstage, Ferguson responded when he was asked about whether the episode would diminish the connection he feels with those in the seats. “Maybe we’ll see a surge of those plays, though, who knows?”

The arrival of technology is partly to blame, he continued. “Broadway’s certainly changed. I’ve been in this business for 25 years and it’s changed substantially since I first started,” Ferguson said. “Cell phones make things a little trickier but we were in a very unique situation. That was an isolated event and I certainly love and trust all of my theatergoing fans just as much as I did before this. That was one person.”

Perhaps it was the afterglow of winning a major award (which Ferguson described as an “out-of-body experience”), but the actor’s comments were dialed back a few notches from his initial reaction a month ago.

“I’m appalled by the disrespect shown to the actors of our company whose vulnerability on stage ever night is crucial to Take Me Out,” Ferguson tweeted earlier this spring. “Anyone who applauds or trivializes this behavior has no place in the theater which has always been a safe space for artists & audience members.”

Take Me Out also won Best Revival of a Play. When a large group of cast members, including Williams and Ferguson, as well as non-performers connected with the show made an appearance in the press room, they weren’t asked about the photo leak.