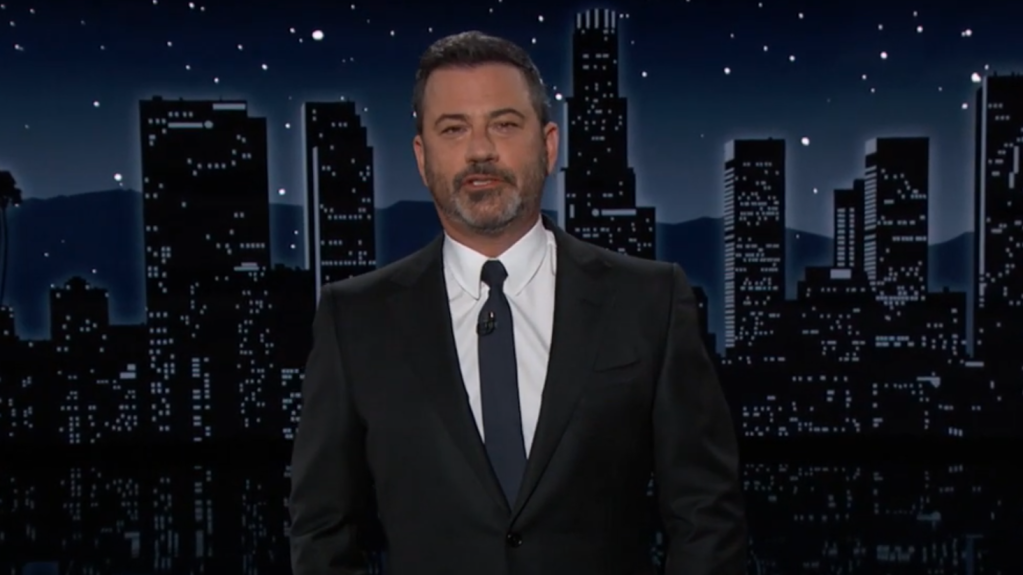 “Kelly will remain in custody until sentencing, which makes sense,” he observed. “If the guy who sang ‘I Believe I Can Fly’ isn’t a flight risk, well, I don’t know who is.”

Kimmel then pivoted to discuss “the original Captain Kirk” William Shatner, who at 90 years old, is set to become the oldest human and “first T.J. Hooker” ever launched into space.

“Shatner is reportedly set to sail on the next civilian space flight from Blue Origin, the company owned by Jeff Bezos,” the host explained, “so once again, our nation’s newscasters took the opportunity to let their creativity shine.”

He then launched into a quick-cutting montage of broadcasters making the same statement, in more or less the same hackneyed phrasing: “Captain Kirk is set to boldly go where no other 90-year-old has gone before.”

“You did it again, people,” Kimmel deadpanned. “You really nailed that one.”

He later turned to discussion of “the big uproar this weekend,” surrounding the casting of a new Super Mario Bros. animated film from Illumination and Nintendo.

“People online strongly disagreed with Chris Pratt being cast to play Super Mario. People went on social media to furiously demand that an Italian actor portray this offensive Italian stereotype instead,” he said. “It’s as if they announced Chris Pratt was the new Black Panther. It’s crazy. If you’re old enough to tweet, you’re too old to have an opinion on this subject.”