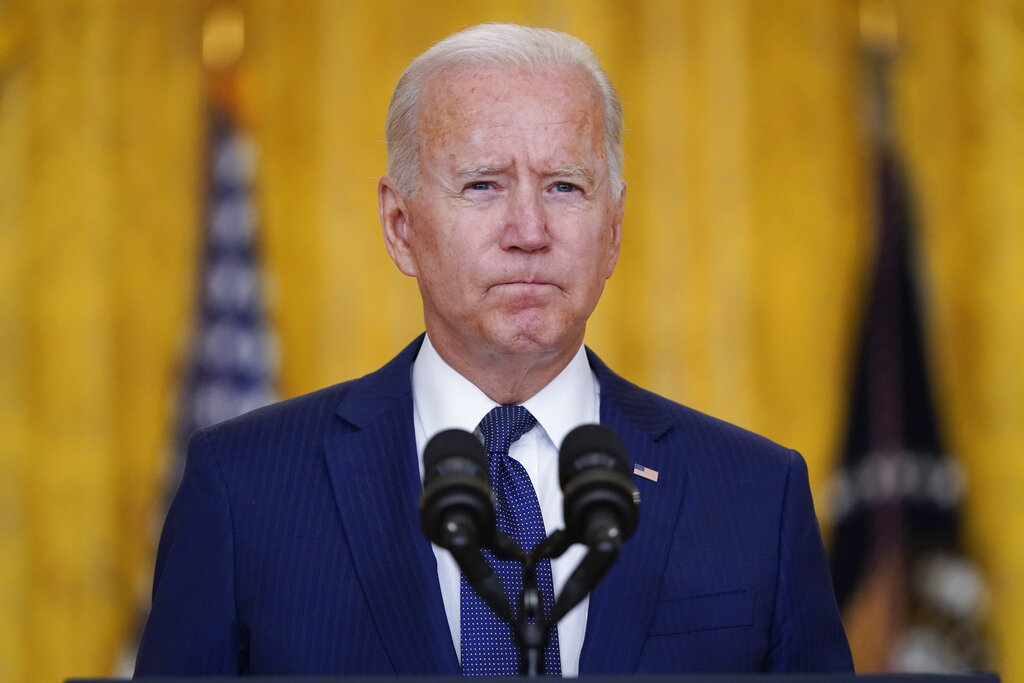 President Joe Biden, facing the worst day of his presidency, mourned the loss of U.S. servicemen and civilians killed in a deadly attack outside the Kabul airport, but he vowed that the Afghanistan evacuation mission would continue.

“We can and we must complete this mission and we will,” Biden said in remarks, carried on major broadcast and cable networks. “That’s what I’ve ordered them to do. We will not be deterred by terrorists.”

He appeared close to choking up as he talked of those who were killed, and to anger as he spoke of those responsible for the attack.

A dozen U.S. service members were killed and 15 injured in the attack, according to the Pentagon, while reports indicated more than 60 Afghan nationals were killed in the attack. The attack was at an entrance gate to the Kabul airport, where the U.S. military is evacuating Americans and allies by an Aug. 31 deadline.

Biden also said that the U.S. would hunt down the culprits responsible for the attack, which officials believe was ISIS-K.

Coming just over an hour after Commander of the United States Central Command Gen. Kenneth F. Jr. asserted “24/7 we’re looking for them” of the ISIS-K attackers, the President’s address was carried live on television, radio and online, as one would expect on a day of such crisis.

Biden mourned the deaths of service members, as Press Secretary Jen Psaki said that flags would fly at half staff.

“My heart aches for you. But I know this: We have a continuing obligation, a sacred obligation, to all of you,” the president said. He also spoke of losing his son, Beau, who served in Kosovo and Iraq, to cancer.

In his remarks, Biden spoke of the “mutual self interest” that the U.S. has with the Taliban in the evacuation, noting that the new leaders of the Afghan government do not want to see ISIS-K metasticize.

“It is in their interest that we be able to leave on time and on target,” Biden said.

“They are narrowing and narrowing the people getting out,” said CNN’s Jake Tapper.

ABC, NBC and CBS all broke in to regular programming just after 2 PM PST with special reports. Already fully covering the attacks that saw a dozen U.S. military service members dead and dozens and dozens of Afghani citizens killed too, CNN, MSNBC, and Fox News Channel, as well as BBC World and C-SPAN were poised to go to the White House even as Biden walked up to the podium.

Biden took questions from a half dozen reporters after his remarks, concluding with a defense of his decision to follow through with his predecessor’s agreement to exit Afghanistan. “Ladies and gentlemen, it was time to end a 20-year war,” he said.