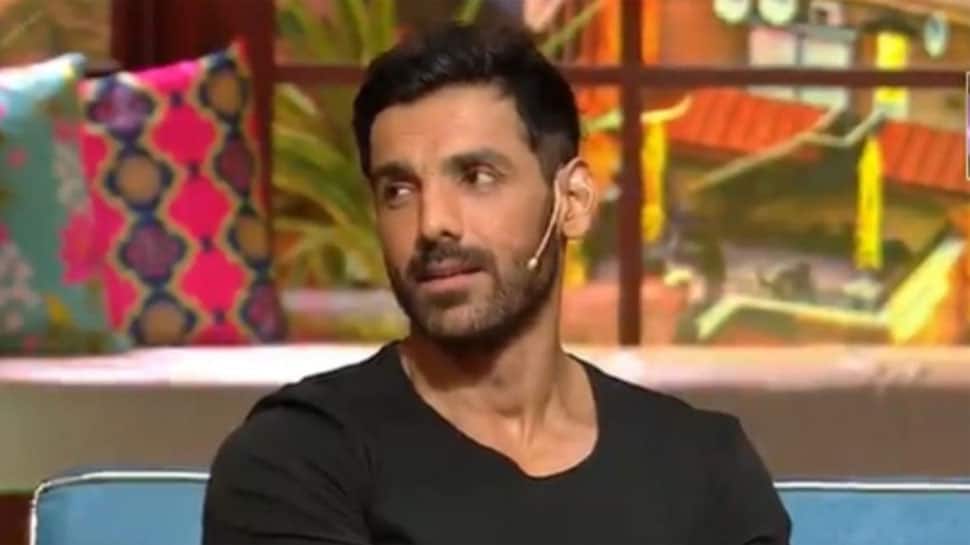 New Delhi: Actor John Abraham recently appeared on The Kapil Sharma Show to promote his film Satyameva Jayate 2 along with co-star Divya Khosla Kumar, and no that’s not the news. Fans are bemused with his bizarre explanation given on the show about how a heart attack occurs.

John Abraham talked about how stress is bad for health, he even gave an analogy of how oil reacts with water. The actor even said that Triglycerides are like ‘bubbles’ in the blood, which when they travel to the heart cause a heart attack, induced by stress.

This explanation of a heart attack has left netizens dumbstruck. Take a look at some reactions:

I wish our medical students had this much confidence!!!
Gibberish at all level!!! pic.twitter.com/eOfFI5FUm0

Beauty without brains, living in a triglyceride bubble

Thanks God @TheJohnAbraham didn’t said it forms “3 Bubbles in blood, thats why it called Tri-Glycerides and that’s the reason 3rd Heart Attack is considered deadly”

In the 2018 release, John Abrahan played a police officer and a common man. Similar to the first part, the sequel will revolve around John fighting against injustice and power imbalance.