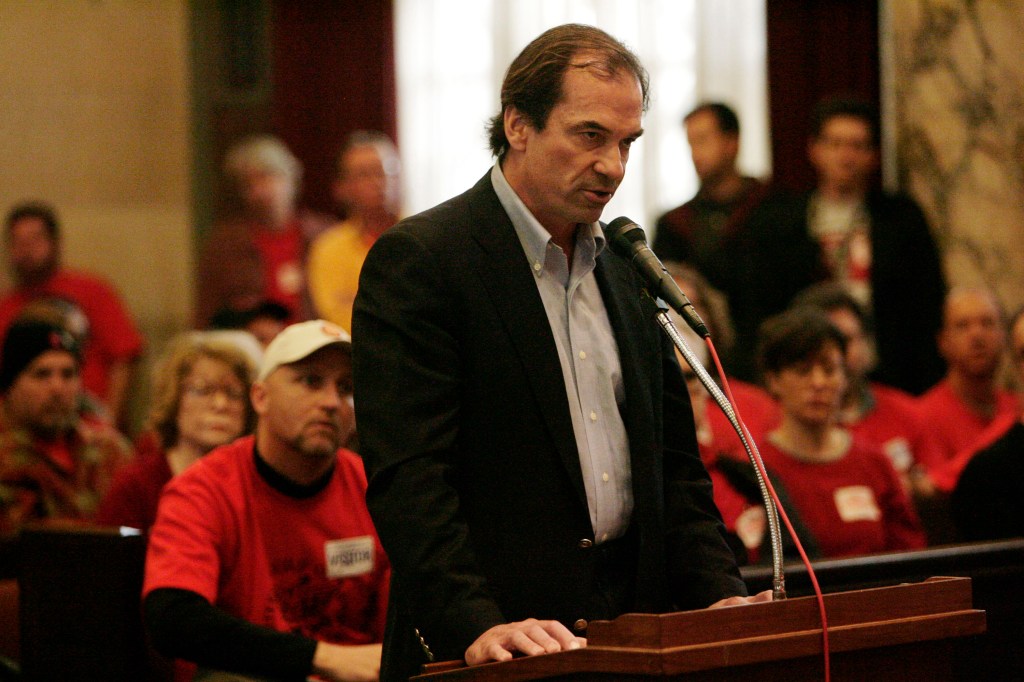 Writer, creator and producer John Bowman has died at the age of 64. His son Johnny Bowman announced that his father suddenly passed away at home in California.

Bowman is most known for writing on In Living Color, and co-creator of famed Black comedy sitcom Martin, in addition to serving on the negotiating committee for the WGA during the 2007-2008 writer’s strike.

In 1988, Bowman was working on Saturday Night Live and won an Emmy for his work which he shared with Mike Myers, Conan O’Brien, Bob Odenkirk and Phil Hartman. Two years later in 1990, Bowman became one of the first white writers on the ground breaking Fox sketch comedy show In Living Color, created by Keenen Ivory Wayans.

Bowman and Martin Lawrence created Martin which aired on Fox from 1992-1997. The successful show lasted five seasons. “The language on this show is more uncompromisingly black than it is on any other show,” Bowman told Entertainment Weekly in 1992. “But you find yourself in the most absurd discussions with censors. I think we’re all frustrated.”

When asked about working with Bowman, Lawrence said, “John understood my vision. There wasn’t anything too big or too small that could faze him, which made working together a great experience.”

As chairman of the negotiating committee for the WGA during the 2007-08 writers strike, Bowman helped gain a settlement that for the first time shared producers’ internet streaming revenue with film and television writers.

Bowman played a big part in the writers strike from 2007-2008. He served on the negotiating committee for the WGA, and helped reach a settlement for the first time shared producers’ internet streaming revenue with film and television writers.

“In the writers room, John was a mentor to so many young writers of color, many of us who had our first professional gigs with him,” Oscar-winning screenwriter John Ridley said in a statement. “Outside the room, he was tireless in his efforts at achieving equitable working conditions for all writers. What John gave to the writing community will endure for decades to come.”

Toward the end of his life, Bowman worked as an adjunct faculty member at the USC school of Cinematic Arts teaching sketch comedy writing where his class ended a few weeks ago.

A private Mass is set for 11 a.m. on Jan. 8 at St. Monica Catholic Church in Santa Monica, with a memorial service to be held this spring.

ICC U19 World Cup 2022, India U19 vs Uganda U19 Live Score Updates: India Asked To Bat First By Uganda In Final Group Game

Previous articleVeteran Actor Prem Chopra, Wife Hospitalised After Testing Positive
Next article5 Free tools you can use to reduce photo size on smartphone or PC for uploading forms, applications and more
LocalTakSabse Tez