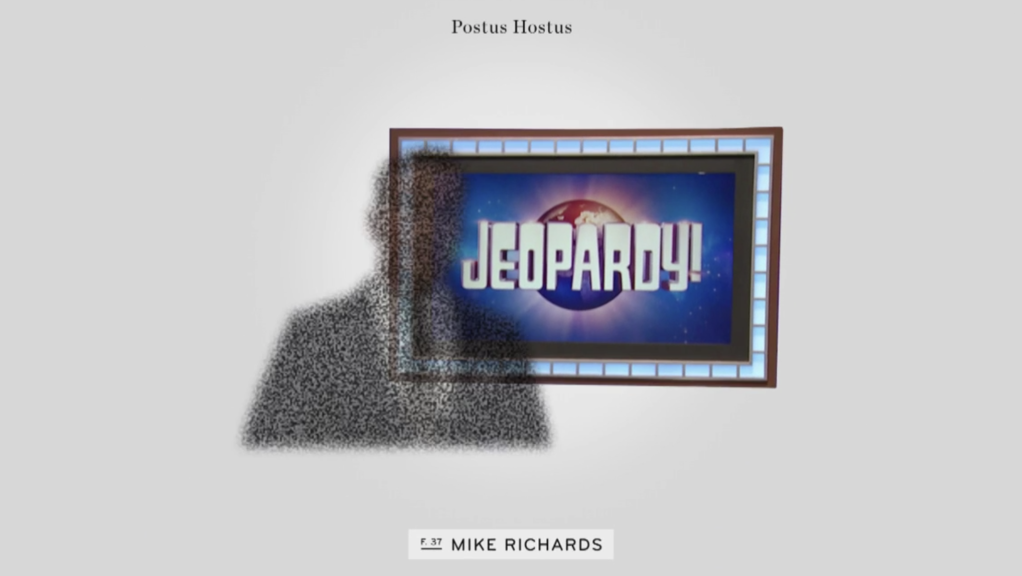 Following last week’s quip, this week’s title sequence featured the recently-resigned Jeopardy! host in the final card which reads “Postus Hostus” with Richards’ name labeled beneath an animation of his photo dissolving into gray.

Oliver continued the visual bit in his intro when he usually recaps the week’s most pressing news items.

The British-American host called the disgraced game show ex-host a “smirking golf bag” that “was demoted from hosting Jeopardy! to merely running it.”

On Friday, Richards, a controversial choice ever since he was announced as the host that would replace longtime face of the show Alex Trebek, decided to step down and reopen the search for a new host. This came on the heels of a devastating exposé of past sexist and off-color comments made during a podcast some seven years ago left his position untenable. Richards plans to stay on as the show’s executive producer.

Oliver’s remarks come after an internet bonfire that exploded into celebration after Richards’ resignation with personalities openly expressing their satisfaction with the host’s demotion, including a dig by the former Jeopardy! champion James Holzhauer.

“I was really looking forward to the season premiere where after an exhaustive 61-clue search for the next Jeopardy champion, the show looks past the three obvious candidates and declares Mike Richards the winner,” Holzhauer wrote on Twitter.

With the search beginning anew, a slew of celebrities including Ryan Reynolds, Yvette Nicole Brown, Roxane Gay and Leslie Jones have thrown their support behind Reading Rainbow star LeVar Burton to be considered for the hosting gig.

Reynolds took to Twitter on Saturday to express his belief in the Internet’s power and described how he came into his iconic role in the Deadpool movies.

“Pretty consistently from 2013 to 2015, Deadpool would explode on Twitter with fans wanting me to play him. It was awkward, because I agreed with them. But the studio didn’t see it,” Reynolds wrote.