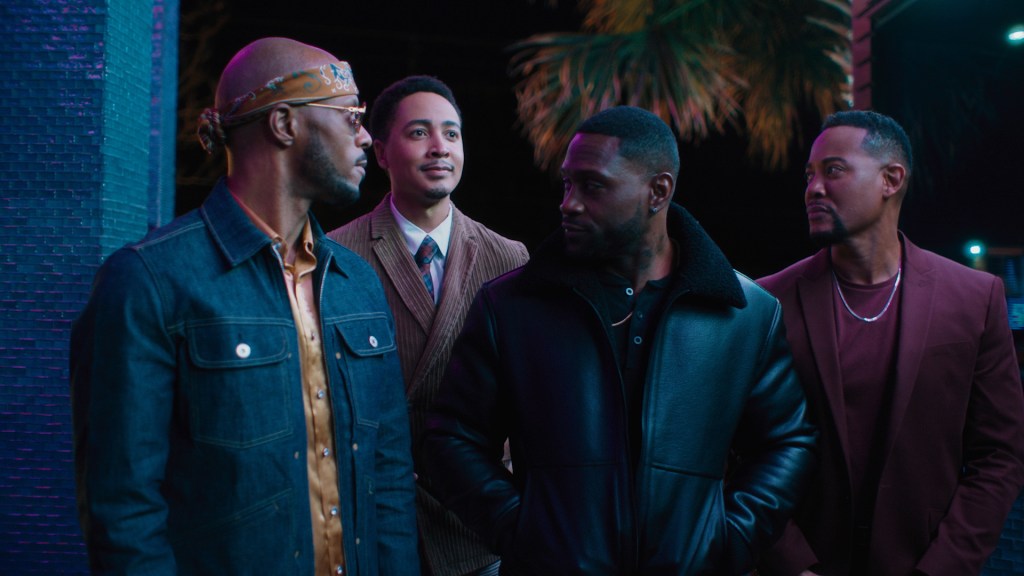 EXCLUSIVE: Bounce has handed a renewal to Johnson ahead of its Season 1 finale on Sunday.

A dramedy told from the Black male perspective, the series shines a light on hot-button stereotypes and misconceptions. Filmed in Atlanta, it follows four Black men who met in grade school and have been best friends ever since. And they all just happen to have the same last name of Johnson but are not related. After 25 years of friendship, they are finding themselves in vastly different places in their lives, threatening the unity that has always been so strong. They confront and find humor in the most current controversial social issues from the Black man’s perspective, ranging from love and marriage to business, politics and religion.

Bounce said Johnson’s premiere drew a network-record 2 million viewers across its August 1 debut. The Season 1 finale is set for 8 p.m. Sunday, October 3. All episodes are available on Brown Sugar, Bounce’s streaming service. The sophomore run is set to premiere in 2022.

“Deji LaRay and Thomas Q. Jones created a show by-and-for African Americans, giving viewers an authentic and heartfelt peak into life for Black males in today’s society at a time when it is hugely important and relevant,” said David Hudson, Head of Original Programming for Scripps Networks. “The show was immediately embraced by viewers and became a can’t-miss hit that sparks huge social media commentary and conversation every week.”

Said LaRay, “We set out to create a show with relatable characters that tackled tough conversations in an entertaining way, and I’m happy that has resonated with our audience.” Added Jones: “Deji and I felt that showcasing our experiences as the everyday Black man was overdue, and we are grateful to our family at A Bird and A Bear Entertainment, David Hudson and Bounce for believing in us. Johnson has opened the flood gates for some honest and necessary dialogue.”