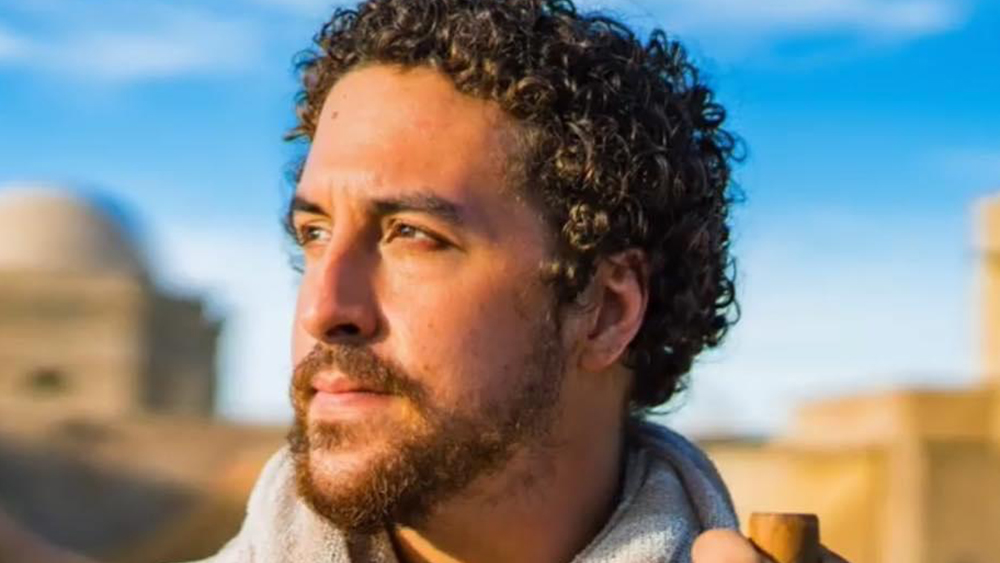 Jordan Walker Ross is a series regular on the historical drama The Chosen. He plays Little James, one of the 12 Apostles in the New Testament. When Ross auditioned for the role, Dallas Jenkins the show’s director and creator could see that he was disabled, but he apparently didn’t notice the limp – not at first, anyway.

“I have severe scoliosis and minor cerebral palsy,” Ross told Deadline, reaching out after reading our coverage of a SAG-AFTRA panel on disabled performers. “Because of my conditions, I have a pretty noticeable limp, very limited flexibility in my torso and legs and am much shorter than the average person [5’4”]. Needless to say, my physical differences have negatively impacted my opportunities as an actor. I have been told by casting directors to ‘lose the limp,’ and was even cut out of projects because my limp was too noticeable.”

He said that when he was cast, Jenkins didn’t notice his limp at first, and that it wasn’t until his first day on set that he “saw that I walked differently. But rather than re-cast or try to hide it with creative camera angles, he embraced it and asked if I’d be opposed to him writing it into my character. Now it has given a whole new layer to my role.”

“When Jordan auditioned, he did a really good job and was right for the part,” Jenkins said. “His disability is a factor – it can’t be hidden, so we just leaned into it. I not only thought that his disability wouldn’t hurt the role, but would open up some interesting possibilities for us. We take challenges and turn them into something exciting.”

In the show’s most recent episode, Ross has a scene in which another Apostle asks him why Jesus hasn’t healed him yet. “You get to see my character’s inner struggle for self-acceptance and fighting his securities,” he said, “which will eventually lead him to the realization that not everyone needs to be healed.”

You can see that scene here:

“With inclusion in the arts being such a big topic right now – and rightfully so – I feel that a story about a disabled actor being cast in one of the fastest-growing TV shows alone is notable,” he said. “But the fact that the creator changed the character to fit the actor’s disability takes it to another level of inclusion and visibility.”

Filmed in Texas and Utah under strict protocols during the pandemic, The Chosen is gearing up to begin production on its third season in the fall. Produced by Angel Studios, the show is reportedly the biggest crowdfunded project of all time, closing in on 120 million views on The Chosen App, which is free. Season 1 is available on iTunes and Amazon and can also be streamed on Peacock and YouTube, though all future episodes will be released exclusively on the app.

“Acting has always been my passion,” Ross said in an email. “I always told myself that if/when I get to a place of success where I have a platform, I want to use it to help inspire others to chase their dreams, regardless of their mental or physical limitations. In fact, you can often use your differences to inspire others.”

“Everyone has a limp, whether it’s physical or internal,” he said, noting that he’s about to launch a weekly podcast called What’s Your Limp? in which he’ll talk to guests about their own struggles and insecurities. He’s also working on a project to talk to school kids about bullying – which is the opposite of inclusion – and which he experienced as a child.

The grandson of actor Barry Corbin, Ross most recently appeared in Honor Among Thieves, an indie film that was released in February, and will start work on Meteor, a post-apocalyptic thriller, beginning next month in Texas.