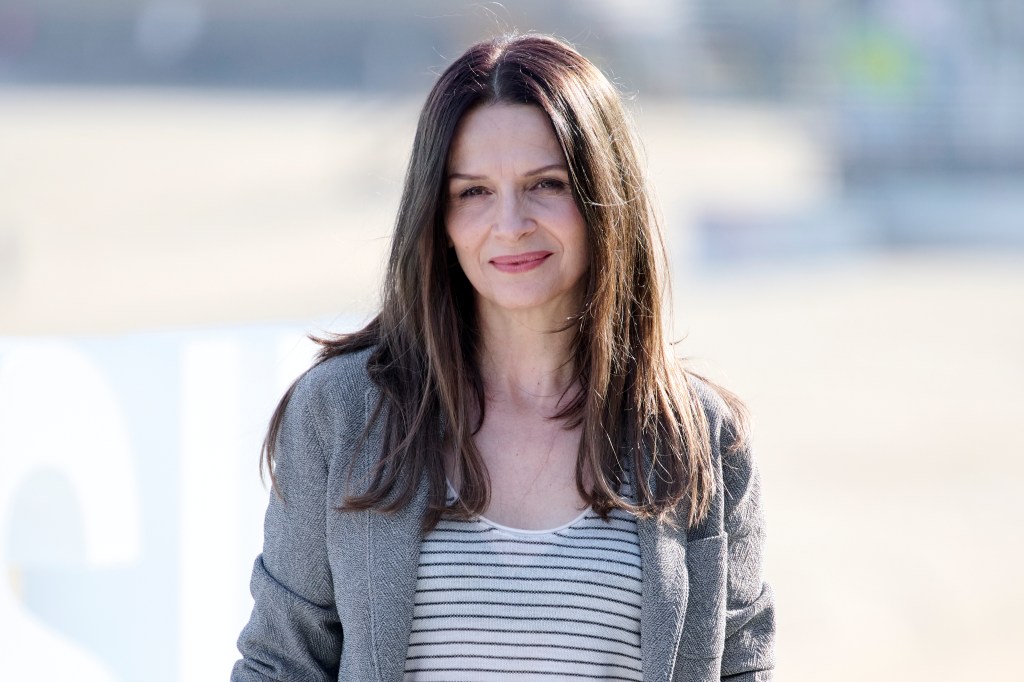 Juliette Binoche spoke about what she described as the challenging process of working with Jean-Luc Godard during a press conference at the San Sebastian film festival.

Binoche — who is at the festival to receive a Donostia award, the festival’s prestigious lifetime achievement gong — was asked to talk about Godard following news of his death earlier this week. In response, she began to discuss the process of auditioning for their sole collaboration, the 1985 film Haily Mary.

“There was a series of casting I did with him that lasted a long time. And then in the last rehearsal, I had to be naked, combing my hair, and saying a poem I learned by heart,” she said. “He didn’t choose me for the role but he created a new role for me.”

Binoche continued to say that Godard was unlike any other directors she had previously encountered while working on the stage who were warm people that supported their performers.

“Not with Jean-Luc Godard. It was like a cold shower,” she said. “I felt in him a sort of contrast and conflict as if he was seeking something he couldn’t find. And we had to be available to him all the time. I spent five months. It wasn’t an easy relationship but at the same time I felt happy.”

Binoche added that one of Godard’s most awkward idiosyncrasies was that he banned his actors from wearing makeup, which meant her face would often turn red in front of the camera as she struggled to hide her discomfort.

“I was very afraid,” she said. “I had to hide that anguish.”

She added: “It wasn’t easy for me. I learned that I couldn’t wait for anything from him. I had to be prepared. He told me things that were essential, but during the shooting of the film, it wasn’t easy.”

Later during the presser, Binoche was joined by veteran filmmaker Claire Denis whom she most recently worked with on the Berlinale-winner Both Sides Of The Blade. As part of the Donostia award celebrations, Binoche will present a screening of the film alongside Denis.

The film stars Binoche alongside Vincent Lindon and is the story of a woman caught between two men, her long-time partner, and his best friend, her former lover. During the presser, Binoche was asked about how she has managed to maintain a dynamic career with roles in films like Both Sides Of The Blade and avoid being typecast as an older woman.

“I don’t know whether it’s films in France or in Europe, but in any case, I don’t feel it that way. I don’t see it as such. I don’t know if I’m very lucky or if it’s my relationship with directors like Claire [Denis] but I know there are other women that are suffering in a more codified cinema or films,” she said. “But quite often you have to say no to these films where they call me to be the wife of someone. I often say no.”

She added that actors must learn to reject roles “where we are only seen in a certain way” or that are shaped by “sexist codes.”

Denis later interjected saying that the topic of age in cinema is a question she is often asked by journalists.

“That idea of youth linked to desire and love is an idea that is very sad and pitiful,” she said.

“I don’t understand this idea of maturity. The idea of being an actress or actor means you’re not gonna be an object. The idea is to show the life of the soul and show desire. And when I see Juliette, when I filmed her in this film, I saw her beauty but not the beauty because she is a good-looking woman. Something deeper. Of course, Juliette is beautiful, but that’s not what we’re filming. We’re filming her strength.”

Binoche added that the real challenge of ageing in front of the camera is that it “forces you to be true.”

On the future of her career, Binoche said she is not interested in becoming a director, but she will expand into the world of TV.

“I am now finishing a TV series because I have now ventured into the world of TV,” she said. “My next film will be with Lance Hammer, an American director. This is his second film. And then Uberto Pasolini, based on a script by Edward Bond.”