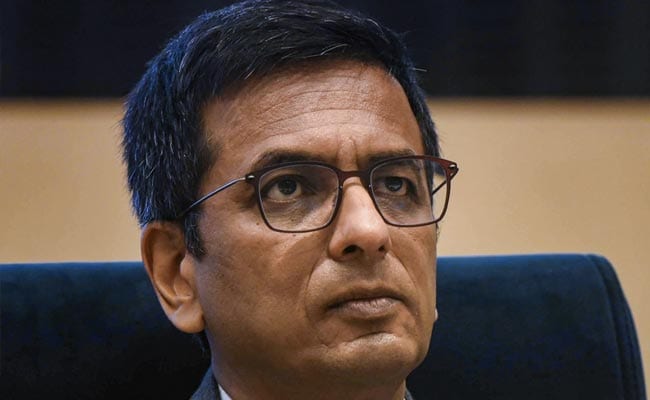 “I would particularly advise you to incorporate feminist thinking in the way you deal with the law,” he told the gathering.

Recounting his experience as a junior judge in the Bombay High Court, Justice Chandrachud said he used to sit in a criminal roster with Justice Ranjana Desai (now retired) and heard diverse criminal appeals.

“Initially, I viewed the matters where women were often subjected to the worst of crimes and violations from a straightjacketed perspective, but sitting with a colleague who had more diverse exposure to realities of gender gave me the necessary feminist perspective,” he said.

“Of course, I believe that all of us, including myself, have a lot to learn in terms of how we perceive law and apply social experiences,” Justice Chandrachud added.

He said women lawyers might find it challenging to work in a male-dominated profession, which often fails to accommodate their concerns and opinions, but the times were changing and technology had been a great enabler in liberating young women in their access to the legal profession.

“One of the great learnings of the pandemic is that when we went virtual in our hearings, the number of women lawyers who were appearing in the court dramatically increased,” he said.

He said that rule of law did not merely depend on the Constitution or legislation and largely depended on the political culture and the habits of citizens, especially young legal professionals who were present before him.

“In a sense, all of you are the guardians of our constitutional and democratic traditions and to you is entrusted the responsibility of ensuring that rule of law is not substituted by rule by the law,” Justice Chandrachud said.

“You must strive to make the legal system more inclusive and accessible when you become a part of it and this is one way to further the goal of justice,” he added.

Previous articleHarmanpreet Kaur Registers This Big T20I Record During Women’s Asia Cup Final
Next articleNuclear fears: Why Ukrainians are rushing to buy iodine pills and how they can help
LocalTak™Sabse Tez