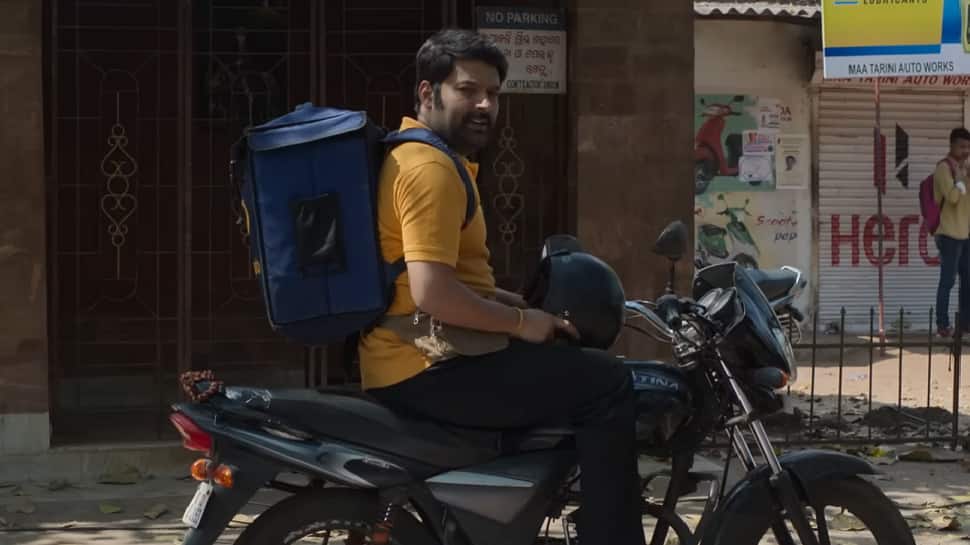 The trailer of Nandita Das` directorial, which recently premiered at the Toronto International Film Festival, was released on Monday.

The trailer begins with Kapil arriving at a high-end apartment with a stack of pizza boxes, taking the stairs after reading a memo that delivery boys are not allowed to use the lift, to find a lone drunk man.

The trailer also shows how he is struggling to spend quality time with his wife, played by Shahana Goswami. Sharing the link of the trailer, Kapil took to Instagram and wrote, “After the successful world premiere at @tiff_net, Zwigato is all set to win hearts at @busanfilmfest. Here`s a sneak peek into the world of Zwigato.”

The film, which is presented by Applause Entertainment, is about an ex-floor manager (Kapil) of a factory who loses his job during the pandemic. He then works as a food delivery rider, grappling with the world of ratings and incentives. To support the income, his homemaker wife begins to explore different work opportunities, with fear but also the excitement of newfound independence. The film is about the relentlessness of life, but not without their shared moments of joy. It captures the lives of invisible `ordinary` people, hidden in plain sight.

Talking more about the film, Nandita said, “Zwigato is finally ready! A story about new urban India that is not just about the gig economy, but also about everything that we normalise around us. I found the perfect producing partner in Sameer Nair to tell this simple yet complex slice-of-life film.”