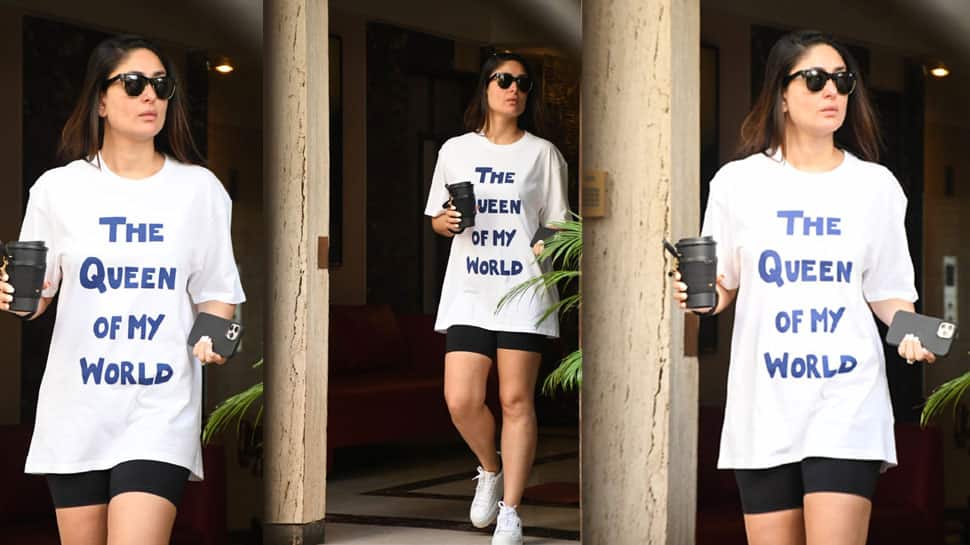 New Delhi: Bollywood actress Kareena Kapoor Khan was recently papped at her residential building in a cool and comfy attire. Bebo looked stunning in a cool white t-shirt paired with neon green trousers. She pulled back her hair in a mid-bun and wore glasses. However, netizens were quick to troll her for wearing shades at night.

Many commented on her look as well. One user wrote: Raat ko sunshade kaun daltah hain, another one said: Hahah itni raat ko sunglasses hahah, pagal hote hai faltu ka style hai. Some even called her out for throwing an attitude and not opening the door herself. A user commented: Darwaza bhi ni kholete inlog

Recently, the Kapoors got together for a fam-jam meet and pictures were shared online. Alia Bhatt and Ranbir Kapoor along with Saif Ali Khan, Kareena Kapoor, Aadar Jain, and Karisma posed for a candid picture. Shweta Bachchan with kids Navya and Agastya, Armaan Jain with his wife, and other family members were also spotted.

On the work front, Kareena will be seen in ‘The Crew’ sharing screen space with Tabu and Kriti Sanon. The film is produced by the super-hit producer duo of `Veere Di Wedding`, Ektaa R Kapoor, and Rhea. Rajesh Krishnan has come on board to helm the project.

Apart from `The Crew`, she will be next seen in director Sujoy Ghosh`s thriller which is based on the book `The Devotion of Suspect X`. It also stars Vijay Varma and Jaideep Ahlawat. Apart from that, she also has director Hansal Mehta`s next untitled film.