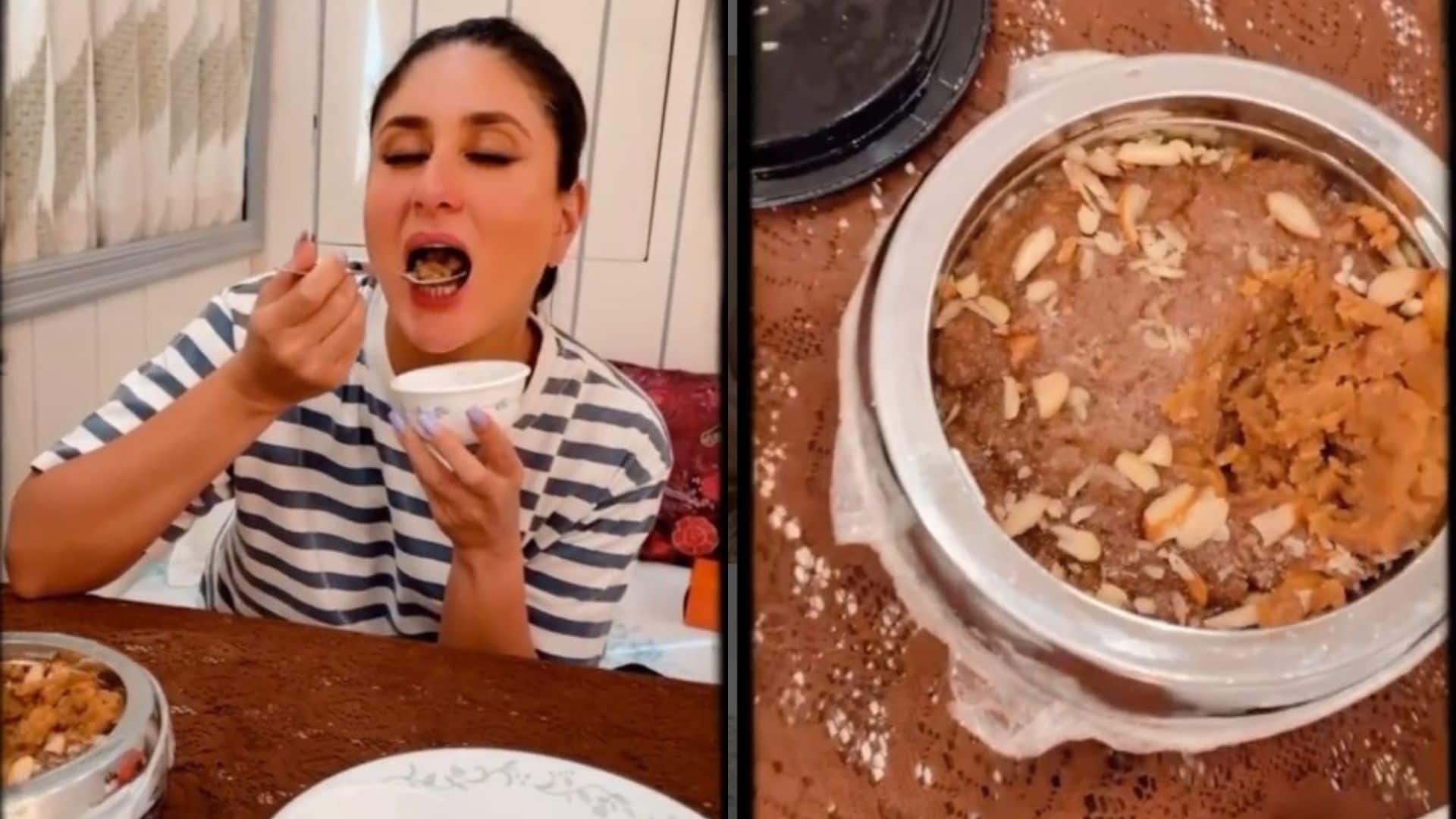 Bollywood diva Kareena Kapoor Khan sure knows to keep her promise, at least when it comes to scrumptious food!

Taking to her Instagram handle on Tuesday, Kapoor Khan posted a new video where she can be seen gorging on halwa.

“As promised… halwa it is. #Reels #ReelItFeelIt #Dessert,” she captioned the post.

The recent post comes after Bebo, on Monday shared a quirky video of herself, where she could be seen relishing on biryani with her team in her vanity van.

As soon as she shared the post, it garnered several likes and comments. A fan wrote, “Are mam aise reels post mat kiya karo muhh me pani aa jata hai.”

While, another fan commented, “Yummy”.

Talking about Kareena’s upcoming projects, Kareena will be seen in ‘Laal Singh Chaddha’ alongside Aamir Khan.

Apart from this, she has also announced her OTT debut in a Sujoy Ghosh directorial with Jaideep Ahlawat and Vijay Verma, which will stream on Netflix.