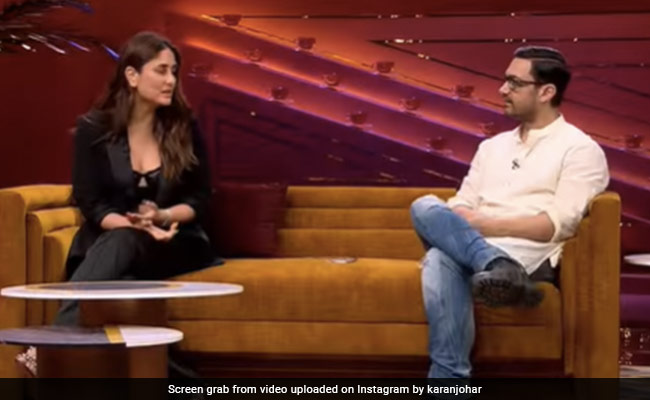 The next episode ofKoffee With Karan is only a few days away and has two superstars as guests. Bollywood favourites Kareena Kapoor and Aamir Khan are on the couch together this week ahead of the release of their film Laal Singh Chaddha. Sending the internet into a tizzy, filmmaker and host of the show Karan Johar has shared the promo of the episode in which the three stars are seen pulling each other’s leg and having a great time. In the caption, Karan Johar has declared, “A duo you Khan-not miss. On the Koffee couch, this episode are two epic Khans and it cannot get more savage than this.”

And, savage it is. The clip even begins with Kareena Kapoor making fun of Karan Johar’s sex life. While Karan Johar reminds her that his mom is watching the show, Aamir Khan interjects to say, “Your mother doesn’t mind you talking of other people’s sex life.”

Then, Aamir Khan proceeds to ask Kareena Kapoor to rate his fashion sense “on a scale of 1 to 10.” And, in true Poo from Kabhi Khushi Kabhie Gham style, Kareena declares, “Minus.” Did someone say “iconic”?

Kareena Kapoor and Karan Johar are also seen laughing when Aamir Khan asks them what “thirsty photos” are, and the two stars even discuss their relationship with the paparazzi.

Kareena Kapoor also shared an image with Aamir Khan and Karan Johar from the sets of the talk show. She added a note that said, “With my all-time favourite people,” and added three heart emojis. 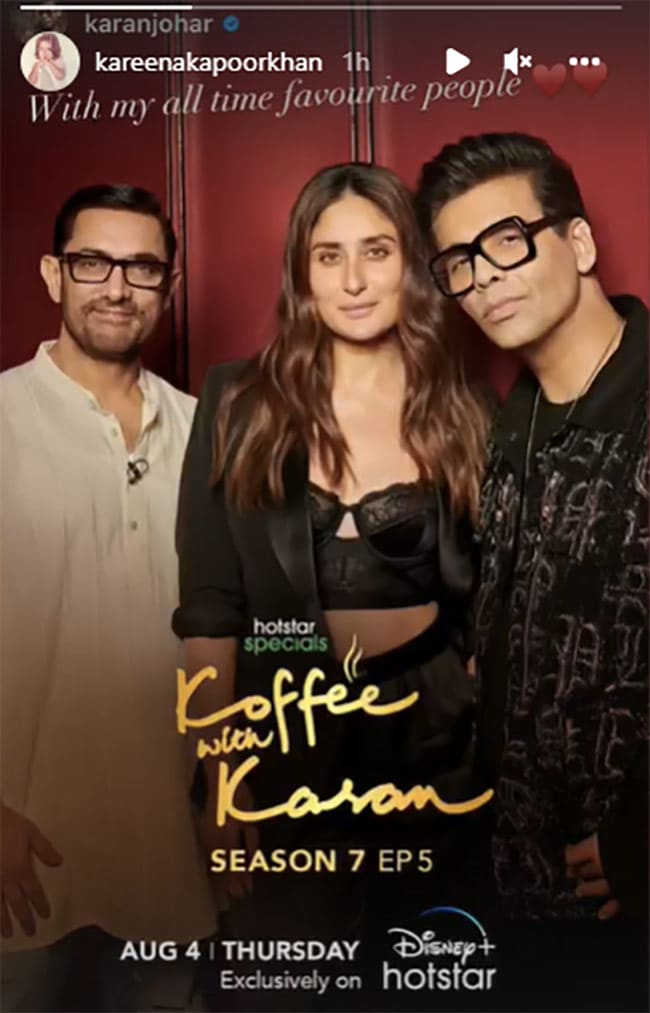 Kareena Kapoor and Aamir Khan’s Laal Singh Chaddha is the official Hindi adaptation of the 1994 American classic Forrest Gump. The film has been directed by Advait Chandanand also stars Naga Chaitanya – in his Hindi film debut – and Mona Singh in pivotal roles. The film will be out in theatres on August 11.