Kartik Aaryan flaunts cash he won at Ayushmann Khurrana’s Diwali party, says, ‘All this money should be given to Doctor G’- Watch | People News 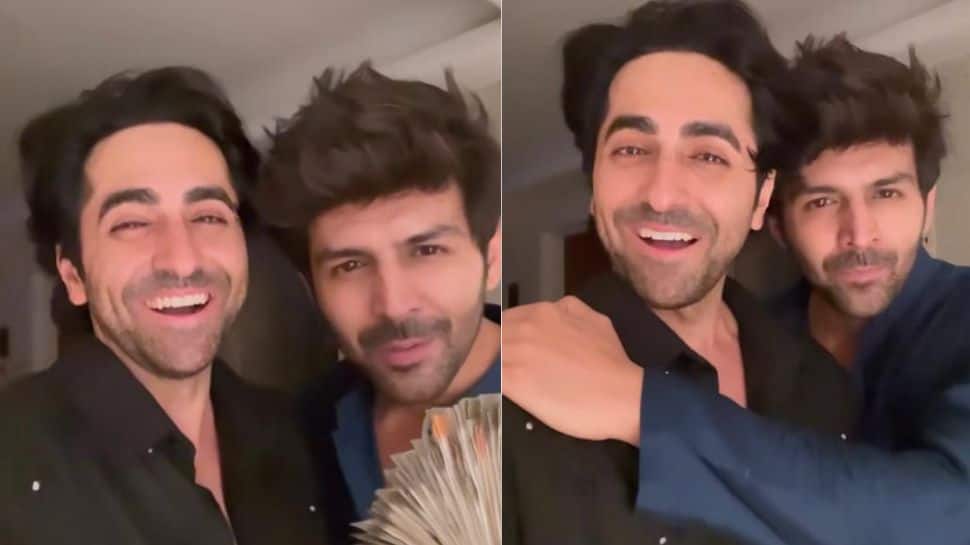 Mumbai: Actor Kartik Aaryan won loads of cash at a pre-Diwali house party of Ayushmann Khurrana. On Sunday, the `Andhadhun` actor along with his wife Tahira Kashyap hosted the party. It was star-studded including Kartik, Rakul Preet Singh, Varun Dhawan- Natasha Dalal, Ananya Panday, Nushrratt Bharuccha, Kriti Sanon and others. Taking to his Instagram handle, the `Chandigarh Kare Aashiqui` actor dropped a video featuring Kartik from the Diwali party. In the video, the `Bhool Bhulaiyaa 2` actor could be seen flaunting a bundle of notes that he won in the games at the Diwali party.

Ayushmann was heard saying, “This man won money not only at the box office but also at the Diwali bash.” To which Kartik responded by saying, “All this money should be given to `Doctor G` and also urged people to go and watch the film. Sharing the video, the `Badhaai Ho` `actor wrote, “Yeh aadmi chahta hai ki #DoctorG ko box office par paise milne chahiye!! @kartikaaryan.”

Meanwhile, on the film front, Ayushmann Khurrana’s `Doctor G’ has released in theatres where he is seen as a male gynecologist. Rakul Preet Singh and Shefali Shah are also a part of the film, which is directed by Anubhuti Kashyap. The film released on October 14. Ayushmann also has `An Action Hero` in his kitty. The film has been produced by Anand L Rai and T Series. Jaideep Ahlawat will be seen sharing screen space with Ayushmann in the movie.

Kartik, on the other hand, will be seen sharing screen space with Kiara Advani in `Satyaprem Ki Katha`. It marks the second collaboration of Kartik and Kiara after their blockbuster hit horror comedy film `Bhool Bhulaiyaa 2`. Helmed by Sameer Vidhwans, and produced by Sajid Nadiadwala, the film is all set to hit the theatres on June 29, 2023. He will also be seen in `Shehzada` opposite Kriti Sanon. The film is helmed by David Dhawan`s son Rohit Dhawan and is slated to release on February 10, 2023.