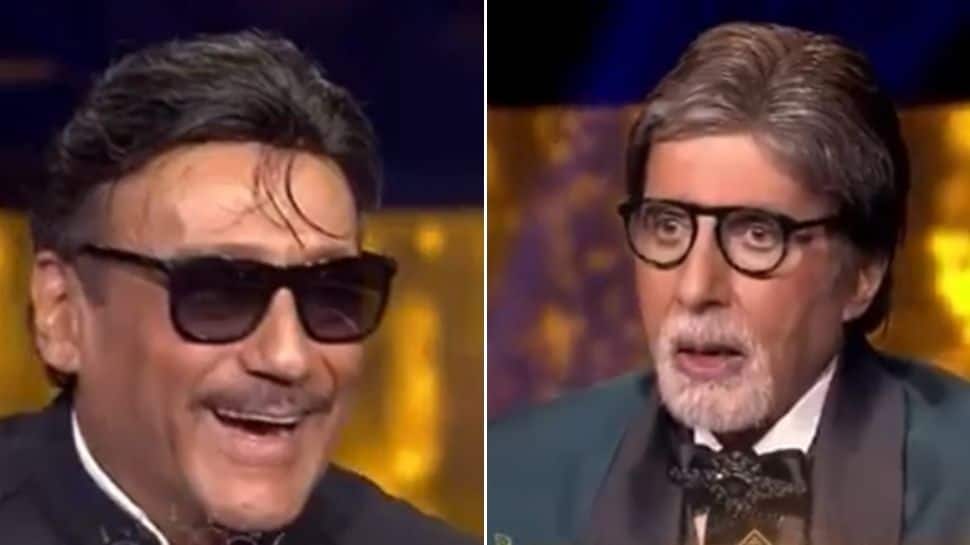 New Delhi: Bollywood veteran actor Jackie Shroff is beloved for his swagger and unique style of talking that is trademarked to him. But do you know the reason behind his ‘Bhidu’ language?

The star revealed the answer to this pressing question on an episode of Kaun Banega Crorepati 13 with Amitabh Bachchan.

In the show’s latest promo, Jackie Shroff and Suniel Shetty were seen on KBC, sitting on the hotseat and fielding questions from Big B.

To this, Jackie Shroff said, “Sir pehle toh area apna aisa hain. Aur phir sir, aap (The area that we live in speaks that dialect and then you also influenced me).

This left a stunned expression on Big B’s face as Jackie Shroff indirectly said that he was influenced by Amitabh Bachchan to adopt the ‘Bhidu language’.

Check out the video below:

In a twist of fun events, Amitabh even recited a dialogue from his 1977 film Amar Akbar Anthony, in which he spoke in that colloquial Mumbai Hindi referred to as ‘Bhidu’ language.

On the work front, Amitabh Bachchan was recently seen in ‘Chehre’. Next, he will soon be seen in ‘Brahmastra’ along with Ranbir Kapoor, Alia Bhatt, Nagarjuna and Mouni Roy. Apart from these, he has projects like ‘Goodbye’, ‘Jhund’, ‘Mayday’, ‘Jalsa’ and Hindi remake of Hollywood film ‘Intern’ in his kitty.