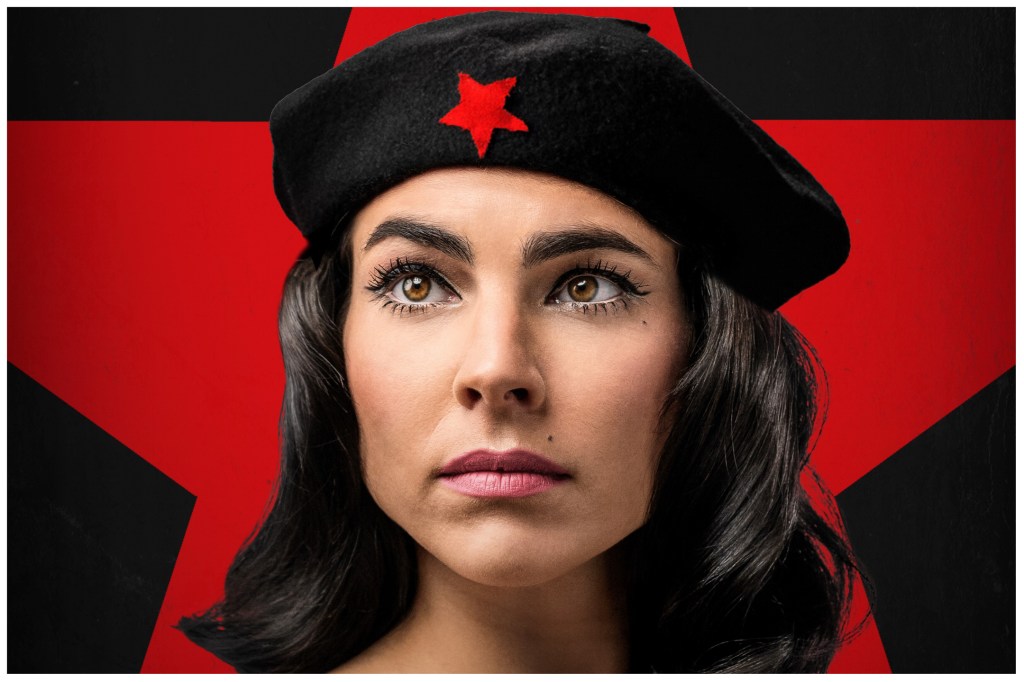 EXCLUSIVE: Keshet International has secured rights to Cuba Libre, a buzzy drama about a follower of Cuban revolutionary Che Guevara that’s being billed as one of Portugal’s most ambitious television series ever. The six-part biopic, based on the life of Ana Maria Silva Pais, will form part of KI’s slate at Mipcom Cannes next month.

Produced by Hop! Films for Portugal’s public service broadcaster RTP, the drama follows newcomer Beatriz Gordinho in the lead role of Annie, a young Portuguese woman joined the Cuban revolution and gave everything to Che Guevara. The show debuts on RTP tomorrow (September 21) and you can watch the trailer below, with English subtitles.

Pais, whose story is told against the backdrop of the Cold War, was the only daughter of the Director General of Portugal’s secret service, the PIDE. Considered a culture lover and legendary beauty, she often clashed with her family’s political opinions in a dictatorship-run Portugal and eventually escaped to Havana with her Swiss diplomat husband. There, she abandoned her life and joined the Cuban revolution, secretly falling in love with the storied Guevara along the way.

Joining Gordinho (O Sítio da Mulher Morta) in the biggest international cast ever assembled in a Portuguese drama are Adriano Luz (Mysteries of Lisbon, Night Train to Lisbon) and Margarida Marinho (Meu Amor, Low-Flying Aircraft), who play her parents Fernando and Nita, and French-German actor Pierre Kiwitt (Das Boot, Charité II) plays her husband Raymond. Most of the casting was done over Zoom during the depths of the Covid-19 pandemic.

Henrique Oliveira (1986, Vidago Palace), Hop!’s Managing Director, is producer, writer and director. “This has been something of a passion project for me, and it’s taken 20 years to bring Annie’s story to screen having first read about her in a newspaper article,” he said. “This series is quite probably the most ambitious period drama ever produced in Portugal – certainly in terms of its international cast – and I’m thrilled the team at Keshet International is representing it.”

Anke Stoll, KI’s VP of Acquisitions and Co-productions, added: “This is an incredible true story of a woman who changed so many lives to follow her passion and strong political beliefs. The team at Hop! Films have done a fantastic job bringing her vibrant story to life for TV viewers.”

Several companies are understood to have tracked the project but ultimately KI, which has sold several local language shows internationally, picked up the rights.

Keren Shahar, KI’s COO and President of Distribution, said: “Adding this vibrant, colorful and authentic drama to our slate brings me joy. Not only is this a captivating watch, but I’m thrilled that we’re helping to bring Annie’s life story to global audiences. It’s fitting that more people will get to learn of her influential role in Cuba’s history.”

Other shows on KI’s Mipcom slate include My Name is Reeva: I Was Murdered by Oscar Pistorius, Rabbit Films’ coming-of-age thriller Summer of Sorrow, which was selected for the 2022 MipTV Drama Showcase in April; Woodcut Media’s World’s Most Evil Killers and reality competition format The Perfect Dessert, which returns to Keshet 12 during the World Cup for a second season.