Kim Kardashian labels her kids ’embarrassing’, admits locking them out of the room 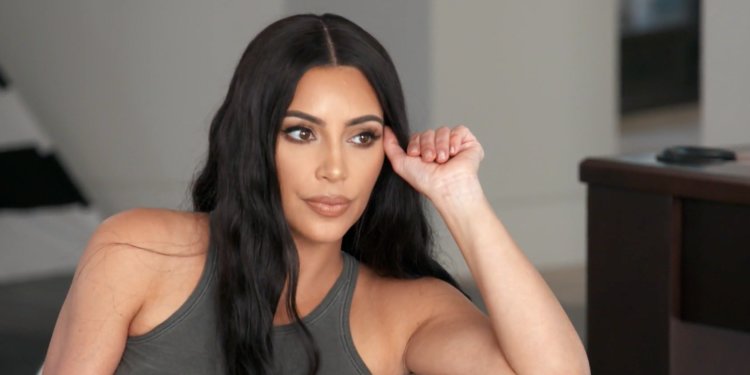 Los Angeles: Reality TV star Kim Kardashian has opened up about the responsibilities of being a multi-tasking mother during the second annual ‘A Day of Unreasonable Conversation’ in Los Angeles.

The 41-year old was part of a panel called ‘How To Get S**t Done In A Divided America” alongside film producer Scott Budnick discussing their efforts towards criminal justice reform, reports mirror.co.uk.

Kim, who shares North, nine, Saint, six, Chicago, four, and Psalm, three, with ex-husband Kanye West, was praised by Budnick for her ability to join virtual work meetings at any given moment – even when carrying out parenting duties.

He said: “This woman right here, it’s like we find out the governor loves the Oklahoma Sooners football team.”

“She’s on every Zoom. ‘Hey, Kim, the evangelical pastor in Oklahoma is interested in learning about the case.’ Okay, we’re on a Zoom that night, with all of her kids running around the Zoom.”

“So embarrassing,” Kim quipped in response.

Budnick then poked fun at Kim over her inability to stop the kids from interrupting her calls.

“No matter how many doors she locks, she cannot keep the kids out of the room,” he joked.

Kim agreed, adding: “They figure out a way in.”

In December last year Kim gave her eldest child a ticking off when she realised that she had been live-streaming a grand tour of their family home on TikTok without permission.

Fans were quick to tune in when North and a gaggle of friends started live streaming from within the Hidden Hills mansion that Kim and her children live in.

North could be heard excitedly showing fans and followers around a candy-floss pink coloured room and holding up a “gingerbread thing” to the camera.

One of North’s friends attempted to shut down the video footage, declaring: “Not allowed to be live” while also throwing North under the bus to repeatedly shout in a panicked voice: “North is live. North is live. North your live. No, not fair, TikTok live.”

Meanwhile, despite a party getting under way, Kim seemed to be taking some time out to relax as North turned the camera into one room showing the reality star laying in bed playing with her phone.

North excitably announced: “Mom, I’m live.” But a furious Kim snaps at her daughter: “No stop, you know you’re not allowed too.”