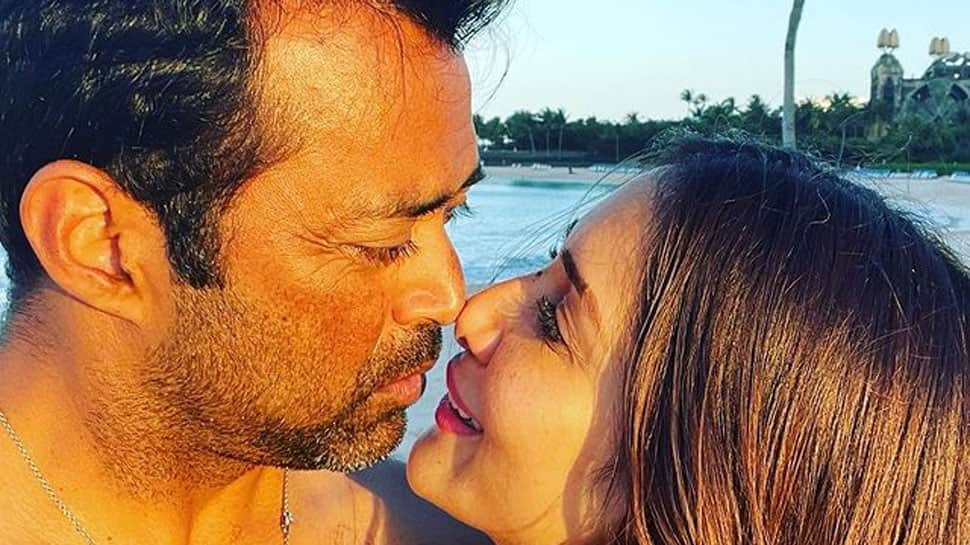 New Delhi: Actress Kim Sharma wished her partner and tennis ace, Leander Paes, on his birthday in the most special way. She took to Instagram and dropped a series of pictures tagging him on the perfect birthday wish post. He turned 49 today.

Many celeb friends including Amrita Arora, Abhishek Kapoor, model Ujjwala Raut among others wished Paes a ‘happy birthday’. In fact, the birthday boy replied to ‘love’ Kim by writing: Thanks baby! Creating memories with you is Life @kimsharmaofficial

The rumours of Kim and Leander seeing each other first came out in August 2021, when their photos from an outing in Goa surfaced online. The two have however been very open about their relationship and often post pictures with each other on Instagram.

Before Paes, Kim was dating Haseen Dillruba actor Harshvardhan Rane while the tennis ace was earlier in a relationship with Rhea Pillai and also rumoured to be dating Mahima Chaudhary at one point in time.

Kim took a break from silver screens and it’s been a long time since we saw her on the 70 mm screens.

The actress won a million hearts with her innocent face in Yash Raj Films’ ‘Mohabbatein’. The movie made her an overnight star and soon she was everywhere. She then featured in a number of films and was last seen in a special role in ‘Magadheera’.