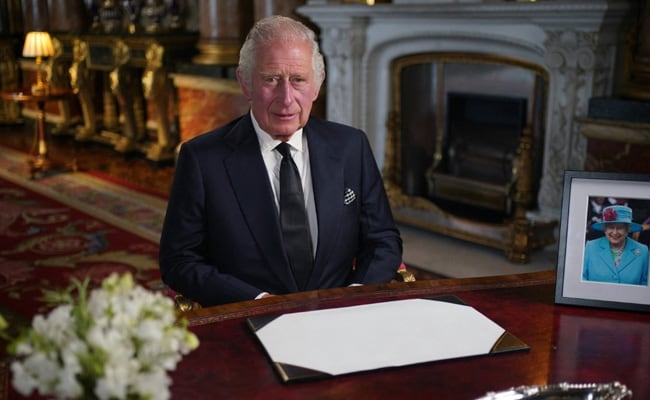 A royal biographer has revealed King Charles III’s “deepest regret”. According to author Christopher Andersen, the monarch is haunted by the moment when he asked his sons Prince William and Prince Harry to walk behind their mother’s coffin, Us Weekly reported.

“I think it haunts him because it haunts them, and they’ve spoken about it,” Christopher Andersen told the outlet while speaking about his upcoming biography, ‘The King: The Life of Charles III’.

He added, “I’ve written that I believe it’s a form of PTSD.”

Mr Anderson also said that Prince Harry, Duke of Sussex, has a nightmare of flying to London. The author continued “[He said] it reminds him of that day when he had to walk behind the coffin, and they were more or less bullied into doing it by the palace – by the men in gray who really run the palace, the people that Diana used to complain about.”

Speaking to Us Weekly, the author also mentioned that Princess Diana’s brother also said that he was tricked into doing it. “He said it was like walking through a tunnel of grief,” Mr Anderson continued.

Princess Diana died on August 30, 1997, in an accident in Paris at the age of 36. Prince William was aged 15 and Prince Harry was 12 at that time. In front of more than one million spectators who lined the procession route in London, the two young royals had to walk alongside their grandfather, late Prince Philip, King Charles and The Earl Spencer.

“I think both William and Harry thought, ‘Who are these strangers who never met her?’ So, they were angry about what had happened. And Charles, I think, understands that to some extent he was responsible for them having to suffer through [that],” the author told the outlet.

Earlier, Prince Harry had spoken about the same to the royal biographer, Ms Angela Levin, for her book ‘Harry: Conversations with the Prince’. He told her, “My mother had just died, and I had to walk a long way behind her coffin, surrounded by thousands of people watching me while millions more did on television.”

“I don’t think any child should be asked to do that, under any circumstances. I don’t think it would happen today. No child should lose their mother at such a young age and then have his grief observed by thousands of people,” he added.