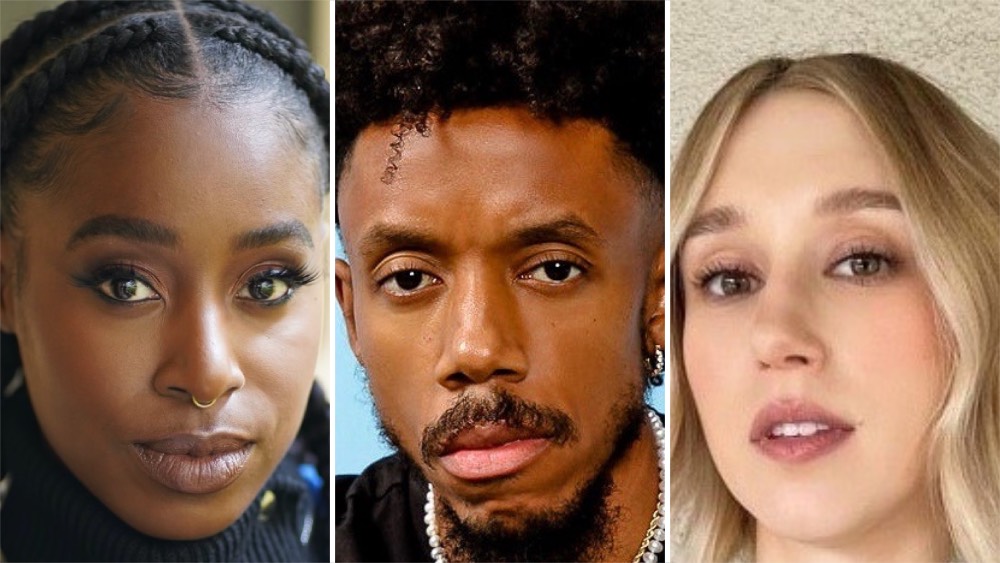 EXCLUSIVE: Kirby Howell-Baptiste (The Sandman), Darrell Britt-Gibson (We Own This City) and Taissa Farmiga (The Gilded Age) will star in the upcoming romance She Taught Love, which music video helmer Nate Edwards is directing for Marginal Mediaworks, in his feature debut.

The film written by Britt-Gibson—in his feature screenwriting debut—is billed as the love story of this generation, between a guy on a self-destructive path and a girl with an expiration date. What a perfect time to meet and fall in love…

“Making a film like She Taught Love feels like a revolutionary act, but it shouldn’t. Hollywood loves to turn out stories of Black trauma, but we’re so much more than that. In fact, we are everything,” said Britt-Gibson. “A generational love story, this film is a snapshot of the world as it is, beautifully diverse and bursting with magic. It is a testament to the power and thrill of being young, Black, and in love. With the incredibly talented Nate Edwards at the helm, I couldn’t be more excited about our team’s shared vision for this culturally and commercially urgent film.”

“Hollywood’s next gen has arrived. The cultural impact of this team is unparalleled in the market, from buzzy music videos for Doja Cat, to hit HBO series such as Barry, We Own This City, and The Gilded Age, to major studio films like Judas and the Black Messiah, The Nun, and Cruella,” added the film’s producers in a statement. “While She Taught Love is a generational love story – equal parts Before Sunrise, Poetic Justice, Love & Basketball – in light of the recent years in America, it has also become more urgent than ever. Moral imperative aside, the audience demand and potential revenue left on the table by ignoring Black-led films has now been widely documented. This is a film that centers Blackness, but isn’t about it. It’s a timely and timeless, contemporary love story.”

Howell-Baptiste most recently starred in Queenpins alongside Kristen Bell. Prior to that, she co-starred in Disney’s Cruella, opposite Emma Stone and Emma Thompson. The actress rose to acclaim on hit series like Killing Eve, NBC’s The Good Place, and HBO’s Barry (opposite Britt-Gibson). She’ll also soon be seen in John Lee Hancock’s horror Mr. Harrigan’s Phone, based on the Stephen King short story, which Blumhouse and Ryan Murphy are producing for Netflix; Neil Gaiman’s The Sandman series, premiering on Netflix August 5th; and the heist series Culprits for Disney+.

Britt-Gibson starred alongside Daniel Kaluuya, LaKeith Stanfield and Jesse Plemons in the Warner Bros. drama Judas and the Black Messiah, directed by Shaka King. He was recently in the ensemble cast of David Simon and George Pelecanos’ critically acclaimed HBO limited series, We Own This City. Additional credits include Netflix’s Fear Street films, Three Billboards Outside Ebbing, Missouri, Just Mercy, and You’re the Worst on FX.

Farmiga can currently be seen in HBO’s starry period drama, The Gilded Age. She rose to prominence in the early seasons of the FX anthology series American Horror Story, and also starred in the horror The Nun, as we’ll as such acclaimed indies as Sofia Coppola’s The Bling Ring, What They Had opposite Hilary Swank and Michael Shannon, and the psychological thriller John and the Hole, which was selected for the 2020 Cannes Film Festival and later screened at Sundance.

Edwards is a Houston-based director who rose to prominence mounting music videos for such major recording artists as Tobe Nwigwe, Doja Cat, Summer Walker and Bryson Tiller. The graduate of Morehouse College and the Vancouver Film School has also directed commercial work for both Google and Amazon. He was recently nominated for an NAACP Image Award for his work with Nwigwe and also co-created the Instagram account and cultural movement known as “E.N.D.,” which has been celebrated for its work championing mental wellness for the Black community.

Marginal Mediaworks is a startup content studio focused on genre storytelling from underrepresented voices across film, series, audio, animation and new media. In just three years the company has helped produce six feature films, sold its first international feature (local language, India), sold its first TV series (to Amazon), sold its first series in scripted audio fiction, and sold its first animated series. The company has already received several awards and nominations for its projects The Killing of Kenneth Chamberlain (HBO Max), Madres (Blumhouse & Amazon) and The Obituary of Tunde Johnson (Hulu), including from The Gotham Awards, The Independent Spirit Awards, the NAACP Image Awards and the GLAAD Awards. Its most recent feature, Four Samosas, a South Asian American-rooted comedy shot entirely in LA’s Little India, premiered in competition at Tribeca in June.