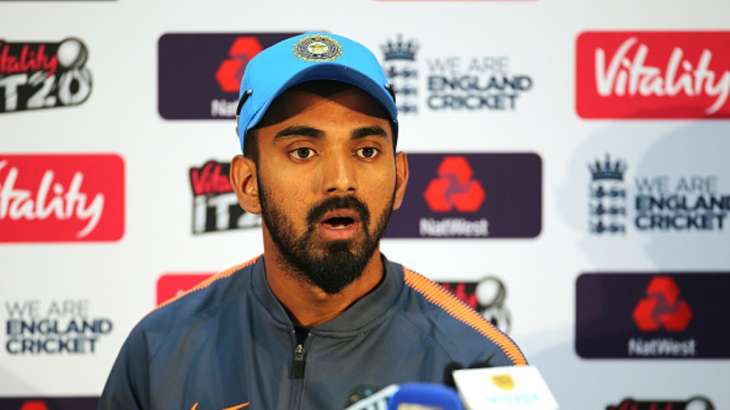 Mohali: Numbers can be deceptive and not always tell the whole story, according to India vice-captain KL Rahul. His main endeavour ahead of the T20 World Cup is to improve his strike-rate in the power play overs. KL Rahul has copped a fair bit of criticism of late for his strike rate. The stylish batter believes that it is difficult to maintain the same tempo throughout an innings.

:It is something that every player works towards (strike-rate). No one is perfect. Everyone is working towards something,” said Rahul, who batted at a strike-rate of 122.22 during the Asia Cup in UAE. However, Rahul’s career T20I strike-rate is 140-plus across 61 games. It is primarily because he makes it up during the last 10 overs of an innings.

“Strike-rates are taken on an overall basis,” he said and gave his rationale behind the argument.

“You never see that a batter has played at a certain strike-rate (throughout). Whether it was important for him to play at a strike-rate of 200 or whether the team could have still won with the batter playing at 100 or 120, these things are not always analysed. So when you look at (overall), it looks slow,” Rahul pointed out.

But Rahul is working on his strike-rate. “It is something I am working on. Obviously, the goals have been defined to each player in the last 10-12 months. Everyone has a clear understanding as to what is expected out of him. I am just working towards how I can better myself as an opening batter,” said the India vice-captain.

KL Rahul is happy to be a part of a dressing room that allows players to learn from their mistakes.

“The most important thing for the player in the room is what captain and coach and teammates think of him. We know what is expected out of each person. Everyone is trying to give his best, not every time a player will succeed,” Rahul asserted.

“We have created an environment where players are not afraid to fail or not afraid to make mistakes. Even if mistakes happen this is what we do. We work the hardest for this,” Rahul added.

Criticism will be there but what this Indian team believe is self criticism.

“Criticism everyone does but we criticise ourselves the most. We are playing for the country and when we don’t do well it hurts us the most,” Rahul stated.