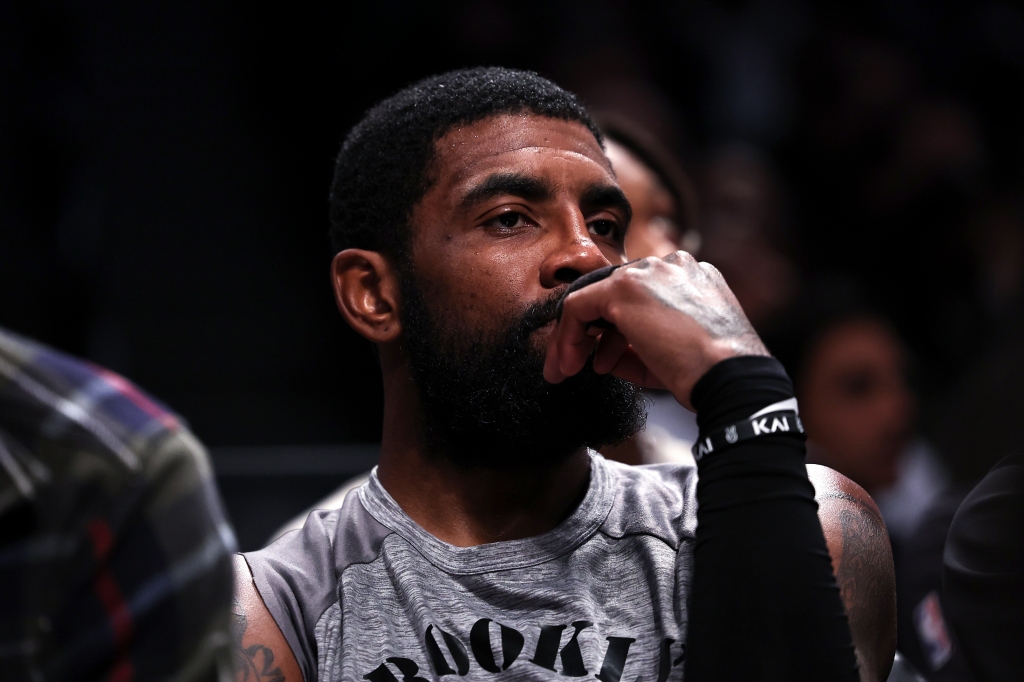 They say the third time’s the charm, but that remains to be seen if that is the case with Kyrie Irving.

After making two less-than-contrite statements in the past week about his responsibility in posting a link to a movie that spouses disproven anti-Semitic tropes, Brooklyn Nets superstar point guard Kyrie Irving finally used the words “I apologize” and “I am deeply sorry,” and directed them “To All Jewish families and Communities that are hurt and affected from my post.” That third statement on the topic was posted overnight on Irving’s Instagram page.

Irving explained “I initially reacted out of emotion to being unjustly labeled Anti-Semitic, instead of focusing on the healing process of my Jewish Brothers and Sisters that were hurt from the hateful remarks made in the Documentary,”

It’s been a rolling series of consequences for Irving since he posted the link last week, including statements of censure from the Anti-Defamation League, the Nets, NBA commissioner Adam Silver, the NBA Players Association and numerous legends of the game. Then, last night, the Brooklyn team announced it would be suspending Irving for “no less than five games” without pay.

While Irving has finally said the most basic words of contrition, his previous intransigence has broken trust with some in the league as well as those who were harmed by his words.

“This is an encouraging step from @KyrieIrving,” wrote ADL President and CEO Jonathan Greenblatt on Twitter this morning. “But actions speak louder than words. Because of his post and previous refusals to walk it back, the #antisemitic film/book is now a best seller in multiple categories on @amazon. There is a lot more to do to undo this damage.”

“Kyrie Irving’s career is in trouble,” said ESPN’s Stephen A. Smith said on First Take this morning. Smith said recently that he could not find a single NBA general manager interested in signing Irving for a long term contract after his deal with the Nets expires this season. (The Nets have not extended him, either.) Some questioned whether the Nets themselves would want the superstar point guard, who averaged 32 points through the first six games of the season, back after his suspension. Smith estimated that, in salary and endorsements, Irving’s intransigence over his recent actions and his refusal to be vaccinated in the 2020-2021 season have combined to cost him “at least” $330 million.

League Commissioner Adam Silver said on Thursday that he would be meeting with Irving on the subject of his social media post and subsequent comments this week.

While doing research on YHWH, I posted a Documentary that contained some false anti-Semitic statements, narratives, and language that were untrue and offensive to the Jewish Race/Religion, and I take full accountability and responsibly for my actions. I am grateful to have a big platform to share knowledge and I want to move forward by having an open dialogue to learn more and grow from this.

To All Jewish families and Communities that are hurt and affected from my post, I am deeply sorry to have caused you pain, and I apologize. I initially reacted out of emotion to being unjustly labeled Anti-Semitic, instead of focusing on the healing process of my Jewish Brothers and Sisters that were hurt from the hateful remarks made in the Documentary. I want to clarify any confusion on where I stand fighting against Anti- semticism by apologizing for posting the documentary without context and a factual explanation outlining the specific beliefs in the Documentary I agreed with and disagreed with. I had no intentions to disrespect any Jewish cultural history regarding the Holocaust or perpetuate any hate. I am learning from this unfortunate event and hope we can find understanding between us all. I am no different than any other human being. I am a seeker of truth and knowledge, and I know who I Am.