L.A. Radio Legend Who Played Those “Oldies But Goodies” Was 97 – Deadline 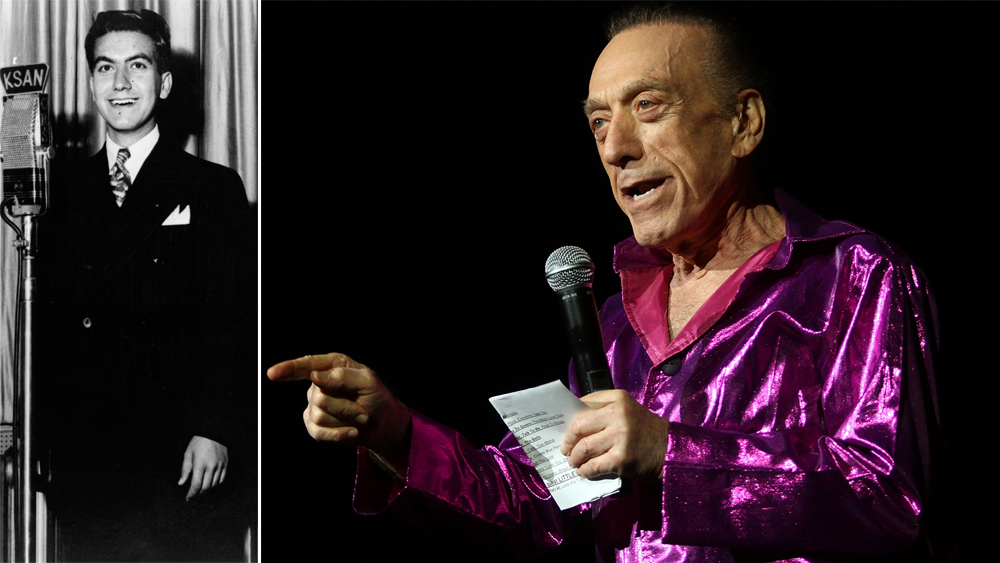 Art Laboe, a revered Los Angeles radio mainstay for more than half a century who delighted local fans and a syndicated audience by playing those “oldies but goodies,” has died. He was 97.

Born Art Egnoian on August 7, 1925, in Salt Lake City, Laboe served in the Navy during World War II and arrived on the L.A. airwaves in 1955 as rock ‘n’ roll was taking hold. Having worked as a DJ since the mid-’40s, including stints in San Francisco and Palm Springs, his first L.A. station homes were KXLA-AM (later KRLA) and KPOP, and the baritone Laboe did live remote shows from midnight till 4 a.m. at a local drive-in restaurant — taking requests and becoming popular with the night-owl crowd. He later moved the KPOP show to after-school hours, and teenagers crowded the intersection of Sunset and Cahuenga.

Laboe then launched a series of dance concerts in El Monte, east of Los Angeles, which drew big crowds — and some of the era’s biggest touring acts including Chuck Berry, Jerry Lee Lewis and Ray Charles. It was during those live events that Laboe realized most of the audience requests were for older records. He regularly spun tunes by white, Latino and Black artists, and the events were a cross-cultural smash in the melting pot of Los Angeles. He would move them a decade later to Art Laboe’s Oldies but Goodies, his Sunset Strip club that had been Ciro’s and later would become the Comedy Store.

Not only did he popularize the concept of spinning platters from yesteryear — so often “by request” — he also curated a run of various-artists Oldies but Goodies LPs that sold very well nationwide. The 1957 first edition on his Original Sounds label compiled several big hits from the previous two years including “Earth Angel,” “In the Still of the Night” and “Stranded in the Jungle.” The album spent an eye-catching 183 weeks, some 3½ years, on the Billboard 200 chart, peaking at No. 12. More than a dozen numbered editions followed, generally one a year. Vols. 3-5 also made the Top 20.

The nostalgic concept was cemented further in the pop culture zeitgeist when L.A. group Little Caesar and the Romans’ hit the national Top 10 with “Those Oldies but Goodies (Remind Me of You)” in 1961.

All the while, Laboe continued to play the oldies. By 1970, he had moved his format to KPPC-FM, and — fueled by the success of Rick Nelson’s “Garden Party” and George Lucas’ future-star-laden film American Graffiti — the wave of nostalgia for the 1950s and early ’60s became a national trend. Happy Days would premiere in January 1974.

When L.A. outlet KRTH-FM switched to an all-oldies format in 1972, Laboe was an on-air jock and a consultant.

Laboe moved back to KRLA in 1975, where he would spend the rest of the decade. He was something of a Renaissance Man at the station, doing a show while serving as program director, sales consultant and in other capacities. By 1979, he was its senior VP.

He worked at KFI for a couple of years before beginning a third stint at KRLA in 1985 that would last nearly a decade. In 1994, his popular Sunday Night Killer Oldies Show went into successful national syndication.

Laboe remained an L.A. institution, and his final show was produced during the week and broadcast October 9. He has a star on the Hollywood Walk of Fame, and the Rock and Roll Hall of Fame in Cleveland maintains a permanent Laboe display.

Previous articleSAG-AFTRA Calls For L.A. City Council Resignations Over Leaked Tape – Deadline
Next articleSee Who Jazzed It Up To A ‘Hamilton’ Tune, And Who Got Sent Packing, On Disney+ Night – Deadline
LocalTak™Sabse Tez