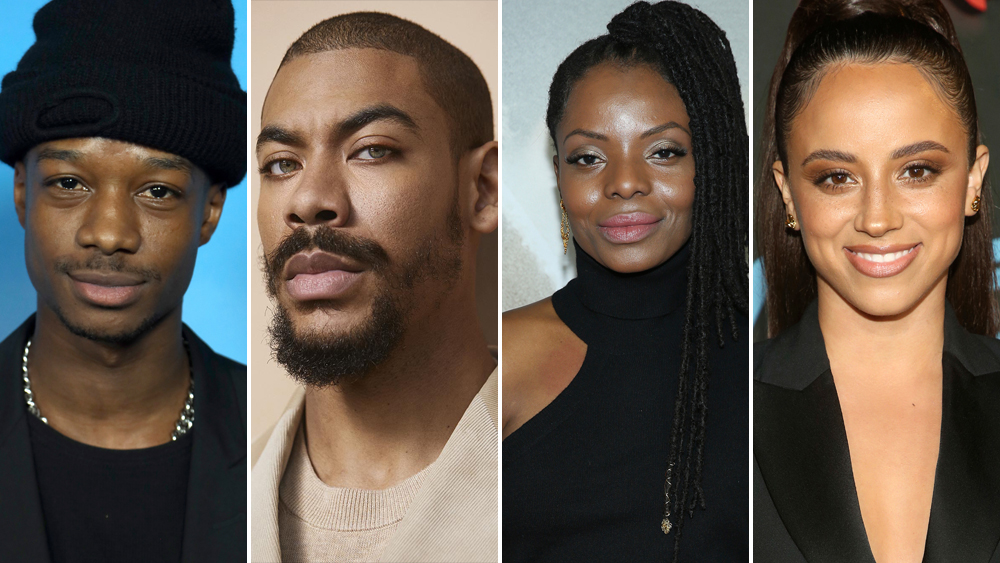 EXCLUSIVE: Rising actors Lamar Johnson (The Hate U Give), Aaron Pierre (The Underground Railroad), Marsha Stephanie Blake (When They See Us), and Kiana Madeira (Fear Street Trilogy) have been set to star in feature drama Brother, which is now filming in and around Toronto and Scarborough, Canada.

Written and directed by Clement Virgo (Greenleaf) and based on David Chariandy’s novel of the same name, the movie is set against Toronto’s early hip hop scene. The film charts the story of Francis and Michael, sons of Caribbean immigrants, who are maturing into young men during the sweltering summer of 1991. Escalating tensions set off a series of events that change the course of the brothers’ lives forever.

Producing are Virgo and Damon D’Oliveira of Conquering Lion Pictures, along with Aeschylus Poulos and Sonya Di Rienzo of Hawkeye Pictures.

Pic will be distributed in Canada by Elevation Pictures. Foreign Sales will be handled by Bron Releasing. Filming will run from September 22-October 26, 2021. A theatrical release is planned for fall 2022.

Executive producers are Aaron L. Gilbert and Steven Thibault of Bron and Laurie May and Noah Segal of Elevation Pictures.

The movie is being made with the participation of Telefilm Canada, the Canada Media Fund, Ontario Creates and the Shaw Rocket Fund and in association with Bell Media’s Crave and CBC Films.

Veteran director Virgo is best known for directing and co-writing six part miniseries The Book Of Negroes, which won twelve Canadian Screen Awards and was nominated for two U.S. Critics Choice TV Awards. His credits also include American Crime, The Wire and OWN drama Greenleaf, on which he was exec-producer and director of the first season.

Said Virgo: “I feel a deeply personal connection to David Chariandy’s novel, Brother, and the characters who populate that world. Lamar Johnson, Aaron Pierre, Marsha Stephanie Blake, and Kiana Madeira are the ideal cast to convey the essence of each of these characters and bring out their internal lives to share with audiences.”

The producers added: “Clement Virgo, one of Canada’s foremost auteur directors, has a profound resonance with this material. We cannot imagine anyone better suited to translate the beauty of Chariandry’s underlying novel onto the big screen.”

“We are thrilled to be partnered with Clement, Damon, and the Hawkeye Pictures team to bring this seminal and important Canadian story to Canadian audiences,” commented Laurie May and Noah Segal of Elevation Pictures, adding, “This is a moving story of love, loss and family reflected in a community whose stories must be represented.”