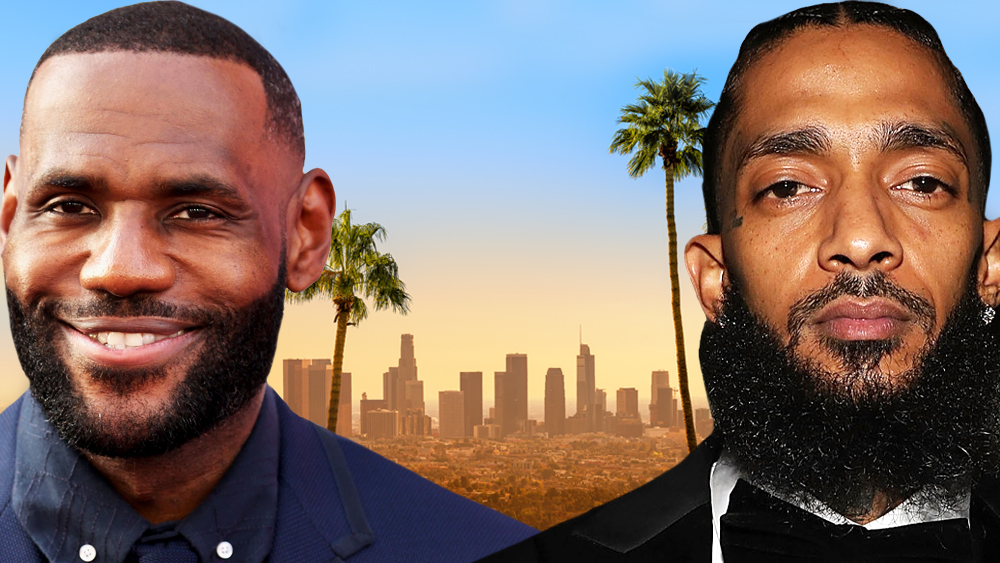 A docuseries about the life of the late, great Nipsey Hussle is in the works from LeBron James and Maverick Carter’s Springhill and Hussle’s Marathon Films. The as-yet untitled docuseries tells Hussle’s life story, from his days as a young boy growing up in Crenshaw, to the musician and activist he became in the later years of his life. It features exclusive access to Nipsey’s inner circle, never-before-seen archival footage, and interviews with more than 50 collaborators including Snoop Dogg, Kendrick Lamar, Diddy, and Nipsey’s longtime partner, Lauren London.

Springhill is financing and executive producing the series. You can watch a teaser below.

“It’s an incredible honor for SpringHill to have a part in sharing Nipsey’s story and legacy with the world,” said James. “He used his gift to give back to his community and lived what it means to inspire, empower, and uplift others along the way. His words, his ambition, and his actions stick with me to this day as he continues to inspire myself, our company, and people everywhere.”

Through a rap career that began with self-distributed mixtapes, Hussle became a fixture on the Southern California music scene, partnering with artists including Snoop Dogg and Problem. After initially signing with Epic Records, Hussle launched his own label, All Money In, which distributed his sprawling catalog of mixtapes, and his acclaimed studio album, “Victory Lap,” which was nominated for Best Rap Album at the 2019 Grammy Awards. Hussle is a 5x Grammy nominated artist, with 2 Grammy wins.

At the same time, Hussle continued to give back to the community he was raised in, opening Marathon Clothing in Crenshaw’s commercial district as a place for the community to come together in a celebration of culture. He also established Marathon Agency, a brand designed to better serve his community through personal representation aligned with a client’s interests in mind.

Hussle was shot to death in front of his clothing shop in South Los Angeles in 2019 at the age of 33. Eric Holder Jr. was convicted of first-degree murder in Hussle’s death in July.

“Nipsey was a man of the people,” said Samiel “Blacc Sam” Asghedom, Hussle’s older brother. “He often said his purpose in life was to inspire. Nipsey’s light shone across the world. His life is a testament that his purpose was fulfilled. The family has taken the proper time and care needed to ensure that Nipsey’s life story be detailed and presented correctly and accurately. We are honored to be able to cement Nipsey’s legacy with this epic docu-series of his life. Nipsey said, “’If they made a story about my life, it better be a classic.’”

“SpringHill was created to put artists and athletes at the forefront of their stories in an authentic, compelling, and creative way,” said Carter, CEO of The SpringHill Company. “It’s an incredible responsibility to tell Nipsey Hussle’s story alongside his family and Marathon Films in a way that captures every facet of life from his childhood to his impact on community and culture. His legacy is so much more than music – he defined activism and what it means to never forget where you come from. It’s an honor for SpringHill to help tell this important story.”

Nipsey Hussle also is the subject of a feature-length documentary for Netflix to be directed and produced by Oscar-nominated Ava DuVernay.

Previous articleTrailer Watch: Kate Winslet & Mia Threapleton Lead Mother-Daughter Drama “I Am Ruth”
Next articleDipika Kakar on sister-in-law Saba’s marriage and reception: Told Shoaib that it is like getting our daughter married
LocalTak®Sabse Tez