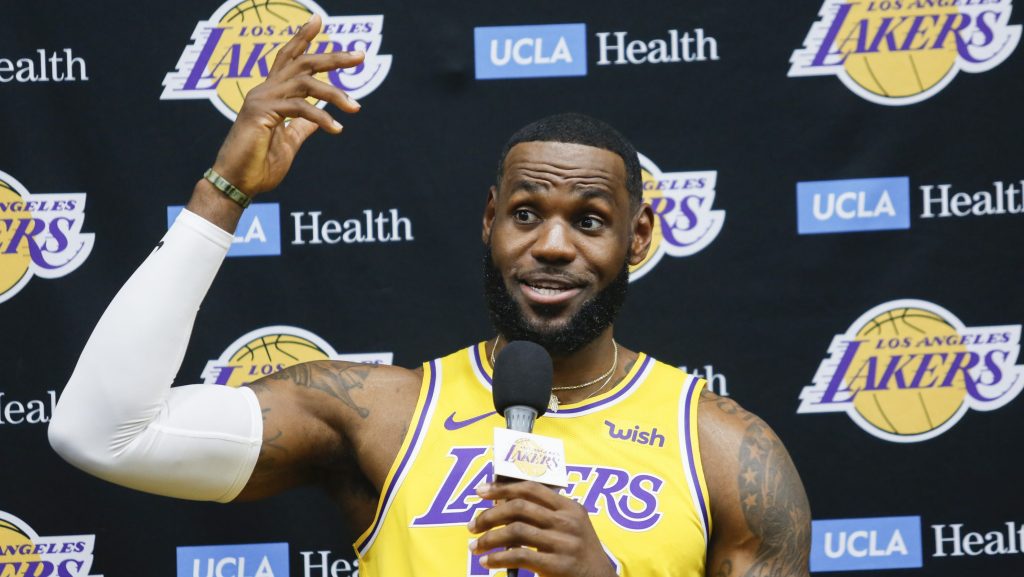 LeBron James today revealed for the first time unequivocally that he has been vaccinated against Covid-19.

“I was skeptic[al] at first,” said James, “but I did my research.” The Lakers superstar said he decided it was the best decision “for my family and for my friends, that’s why I decided to do it.”

Throughout the past year, James has been evasive about his vaccination status. But now some cities — such as Los Angeles, New York and San Francisco — have vaccination requirements for indoor “mega events,” which include NBA games.

San Francisco requires anyone age 12 and over attending an indoor event with more than 1,000 people to provide proof of vaccination or proof of a medical or religious exemption. That includes games at Chase Center, home of the Warriors.

The NBA denied Golden State swingman Andrew Wiggins’ request for a religious exemption to vaccination. That means he may not be able to practice or play in his team’s home games this year unless he meets San Francisco’s strict requirements for inoculation at indoor events.

Lakers officials previously and James today said they expect their roster to be deemed fully-vaccinated by opening night.

James’ former Cavaliers teammate Kyrie Irving, who now plays for the Brooklyn Nets, is one of the most prominent players who have not revealed their vaccination status, but Irving was not at the Nets media day this week. He later declined to discuss his vaccination status on a zoom with reporters. He repeatedly asked reporters who raised the topic to respect his privacy.

The Lakers leader when the subject of players who aren’t vaccinated was broached said, “That’s a personal decision.”

He was then pressed as to whether Covid vaccinations were an important enough social issue to speak out about, as he has on other topics, such as racism. James said vaccination did not equate to those social issues he has been vocal about. “Someone’s body” is their choice, he said.