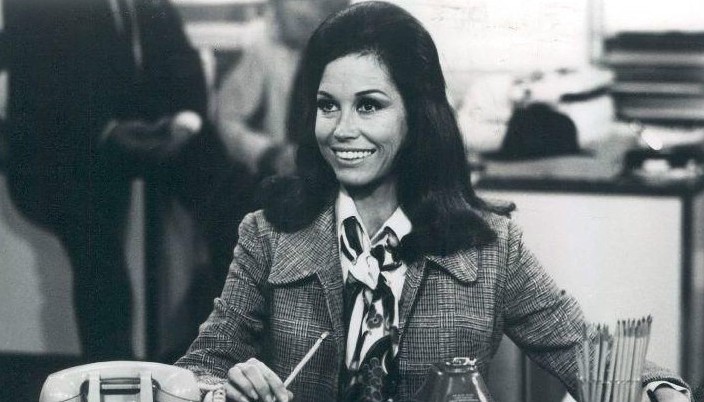 Lena Waithe is gonna make a Mary Tyler Moore documentary after all. Variety reports that Waithe’s Hillman Grad Productions and Endeavor Content are producing “Being Mary: The Mary Tyler Moore Documentary,” with plans for a 2022 release. The project will mark Hillman Grad’s first doc as well as “the first authorized biography” of Moore, who died in 2017 at the age of 80.

Endeavor Content acquired project rights from the Mary Tyler Moore estate on behalf of Hillman. “Being Mary” will trace Moore’s story via “unprecedented access to her life and estate, loved ones, colleagues, and friends.” Debra Martin Chase is among the producers and Moore’s husband, Dr. S. Robert Levine, is exec producing.

A trailblazer onscreen and off, Moore is best known for the iconic “Mary Tyler Moore Show,” a comedy that followed Moore’s Mary Richards’ work and personal lives. The show aired from 1970-1977 — when a lot of women were making strides and fighting for autonomy in real life — and saw Mary serving as an associate producer at a local news station, navigating sex and dating, and dishing about it all with her bestie, Rhoda (Valerie Harper). Moore directed a 1974 episode of the beloved sitcom, “A Boy’s Best Friend.”

Moore’s production company, MTM Enterprises, was behind “The Mary Tyler Moore Show,” its spinoffs, and other hits such as “The Bob Newhart Show” and “St. Elsewhere.” Moore also produced projects including TV movies “Cousins” and “Mary and Rhoda.”

Moore received a bevy of Emmys for her work on “The Mary Tyler Moore Show” and “The Dick Van Dyke Show,” and snagged an Oscar nomination for “Ordinary People,” in which she played a bereaved mother struggling to connect with her remaining family. Moore also acted on Broadway and penned two memoirs.

“Mary Tyler Moore is an icon, mystery, and an inspiration,” said Waithe. “With the help of her loving husband, Robert, and her friends and colleagues we hope to reveal that America’s sweetheart was more human than they ever imagined and was often put on a pedestal she never felt comfortable standing on.”

Waithe co-wrote and stars in the latest season of “Master of None,” which is subtitled “Moments in Love.” She became the first Black woman to receive the Emmy for best comedy writing for “Thanksgiving,” the Season 2 episode depicting her character’s years-long coming out process.

“The Chi” and “Westworld” are among Waithe’s on-screen credits. The “Queen & Slim” screenwriter created the former as well as “Boomerang” and “Twenties.” She’s set to be honored at Alliance for Women in Media Foundation’s Gracie Awards in September.