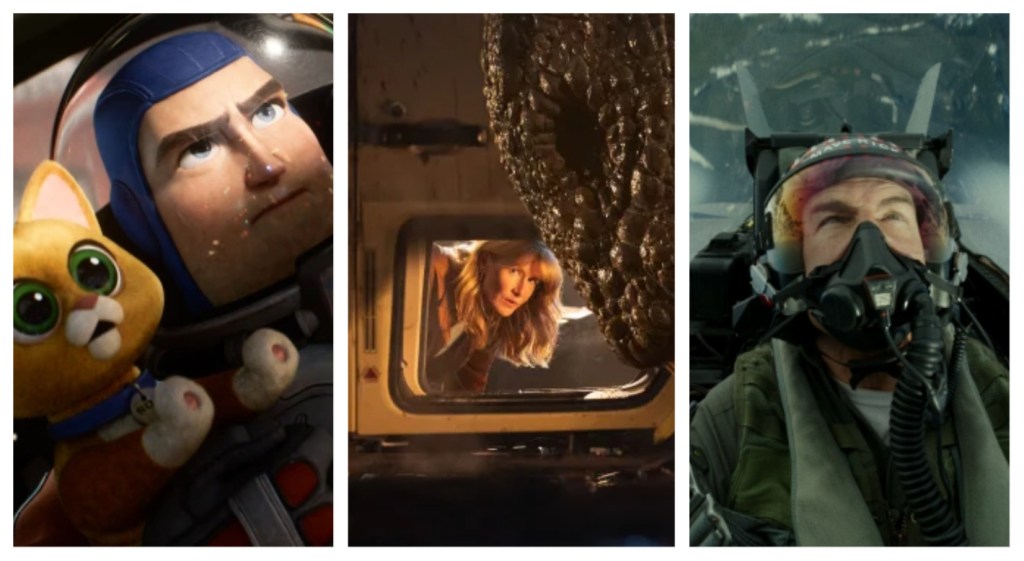 Refresh for latest…: Disney/Pixar’s Lightyear was no match for dinosaurs or Tom Cruise at the international box office this weekend. The Toy Story spinoff came in below projections with a $34.6M offshore bow in 43 material markets. That landed it third among Hollywood movies for the overseas session, behind holdovers Jurassic World Dominion and Top Gun: Maverick. On a global basis, it debuted to $85.6M.

Still, there are a number of factors that contribute to the space ranger’s underperformance, many of which Anthony has described domestically, and which also apply offshore.

In both areas, awareness was high, but spinoffs don’t always tend to catch the same lightning as their motherships; critical scores are okay, but not on par with the franchise. Social sentiment in some international markets is also off. While there has been crazy hot weather across parts of Europe — and, really, weather is a legit issue when it comes to box office — we can’t put the fact that Lightyear didn’t knock everyone’s Sox off down to that.

Is it a question of the marketplace sustaining multiple big-ticket titles? Dominion, and particularly Maverick, saw strong holds this session — so is the family audience distracted, or not fully back yet for those with younger kids? Lightyear could still see some leg-out as more vacations kick in, but it has only another weekend before Universal/Illumination’s Minions: The Rise Of Gru comes along. (See below for more detail as breakdowns are updated.)

The international weekend leader was Universal/Amblin Entertainment’s Jurassic World Dominion which thrashed past $500M on Friday, and through today hit another milestone as it topped $600M for $622.2M worldwide. Overseas, the dinos added $76.1M in 72 markets this session, a 54% drop, for an international cume of $372.4M. The running total in key markets (excluding China) is 35% below Jurassic World and 18% behind Fallen Kingdom at the same point.

JWD is seeing China make a comeback after the recent lockdowns. The movie ranked No. 1 again in the sophomore frame, chomping on another $24M to lift the local cume to $92.8M. Its Saturday was 110% up on the Friday as it dominated nearly 65% of the market share. The film was already the biggest imported release of 2022, and has now surpassed Free Guy to become the 3rd biggest Hollywood pic of the pandemic.

Overseas, the Joseph Kosinski-directed sequel added $39.7M in 64 markets this frame. This is a slight 25% drop from last weekend. The offshore cume is $419M. Cruise is in Korea today where the movie releases on Thursday. Yeah, $1B is definitely in the flight path..