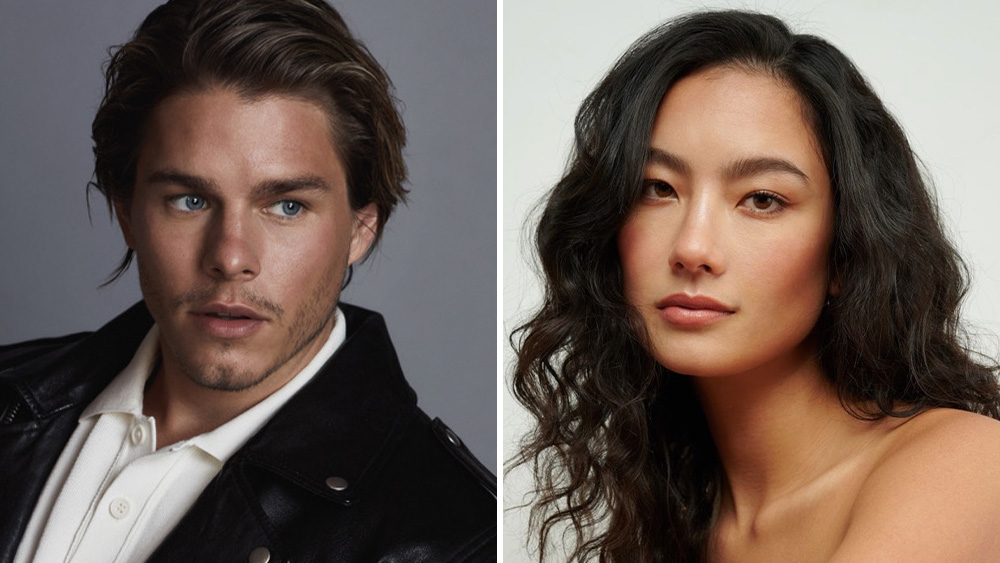 The film, which begins production this week in Bulgaria, is directed by music video and commercial filmmaker Marc Klasfeld.

Creepers follows a group of young urban explorers who plan to investigate an old, boarded-up, seemingly abandoned hotel, only to encounter danger at every turn in the form of a competing group of hostile urban explorers seeking to find a legendary hidden treasure – as well as a supernatural being who wreaks havoc on all.

Manley will play Rick, the official leader of the Creepers; Rudolph will play Diane, the unofficial leader of the group, and Rick’s rebellious, defying, impulsive girlfriend; Reale will play Cora, a parkour expert and the key in the group who opens doors wherever they’re closed while keeping everyone honest; O’Faurain will play Balenger, a mysterious, brooding, powerful stranger with a secret and who isn’t who he says he is; Hamilton will play Tod, leader of the Scavengers, a rival urbex group and who is particularly cruel and vicious; Botet will play the supernatural Pale Creature whose domain is the abandoned Paragon Hotel; Brooks will play Vernon, the 4th Creeper, a wise-cracking tech-nerd who is not doing a good job of hiding his true feelings for Cora; and Caster will play JD, once a Creeper, but exiled after breaking their code and further betraying them by joining the rival Scavs.

Klasfeld said, “We have assembled a truly amazing cast for Creepers who share the incredible passion of myself and Jordan to bring this one-of-a-kind horror-adventure story to life. After so many painstaking years in development to get our script right, to be completely honest, I find myself enormously excited to begin shooting.”

Added producer Jordan Schur, CEO and Chairman of Suretone Pictures, “We couldn’t have asked for a more outstanding cast or a more accomplished crew as we launch principal photography here in Bulgaria this week. Creepers is up and running with everyone amped, and it’s going to be quite the ride.”

Manley recently starred in Roland Emmerich’s Midway, the rom-com Holidate, Infamous, alongside actress Bella Thorne, as well as the lead of Netflix’s The Order. He will soon be seen in the Amazon series The Consultant opposite Christoph Waltz. He is represented by Luber Roklin and Ambition Talent

Reale can be seen in Netflix’s global phenomenon Stranger Things, in which she portrays Heather Holloway. Reale has also been featured in films Yes, God, Yes and Dating and New York. She is represented by Gersh Agency and Atlas Artists.

O’Faurain is best known for his supporting roles on hit television series Game of Thrones, Vikings, and Into the Badlands. O’Faurain is set to portray the lead role of Fjall, a warrior, in the upcoming 2022 Netflix miniseries The Witcher: Blood Origin. He is represented by Luber Roklin, United Agents and LBM.

Hamilton is best known for portraying Rellian alongside Viggo Mortensen in Captain Fantastic and Henry Bowers in It and It: Chapter Two. He recently portrayed Trilby in the television series Action Royale and Chris Douglas in Scott Speer’s Endless. He has also been featured in the hit Hulu series Love, Victor. He is represented by MN2S.

Botet is a Spanish actor who is a worldwide reference in horror and fantasy movies. Botet’s credits include It and It Chapter Two, Mama, Crimson Peak, The Conjuring 2, the first three films in the REC franchise, Witching and Bitching and Game of Thrones. His comedy credits count El vecino and Cámera Café‘ and “Golem”. He is represented by ALC Actores.

Brooks is best known for playing Mister in The Inevitable Defeat of Mister & Pete alongside Ethan Dizon, Anthony Mackie, and Jennifer Hudson. Brooks is also known for his lead role in the sci-fi thriller, Outsiders, which was released in 2022 through Vertical Entertainment. He plays the roles of Ra-Ra in the Netflix musical series The Get Down and Charles “Chubbs” Meriwether in The Darkest Minds. Other credits include Antoine Fuqua’s Southpaw and the hit television series “Empire.” He is represented by United Talent Agency.

Caster is best known for his role on the award-winning tv series American Horror Story, and season 5 of Yellowstone. He is represented by Elevate Entertainment.