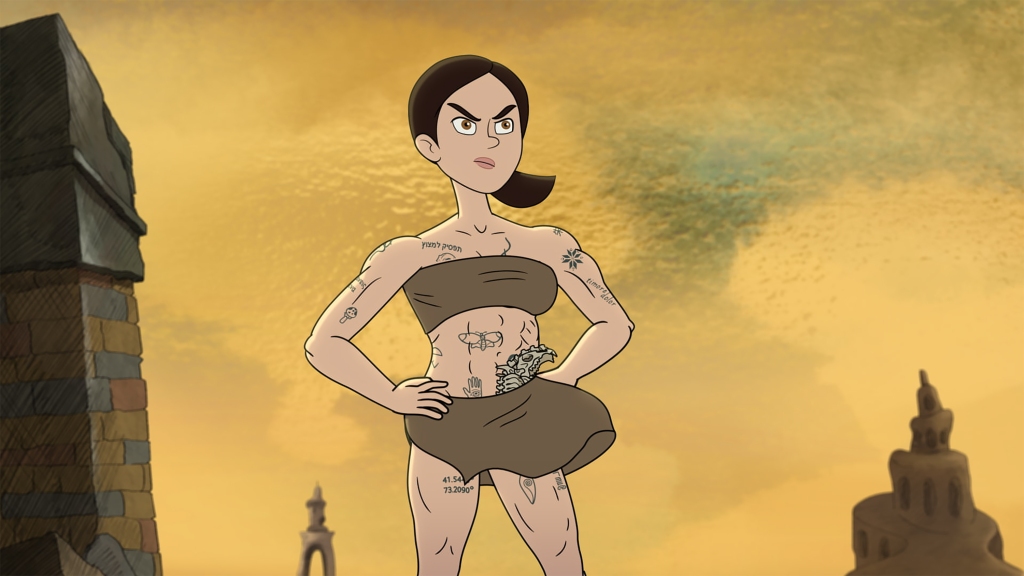 No show that chronicles life as the devil’s spawn should be G-rated, amiright? That’s one of the unique characteristics of Little Demon, FX’s upcoming animated show about a mother named Laura (voiced by Aubrey Plaza) whose antichrist daughter Chrissy (Lucy DeVito) is quite literally the daughter of Satan (Danny DeVito).

Among other shenanigans, the comedy from creators Darcy Fowler, Seth Kirschner and Kieran Valla drops some potty language and shows Laura nude — with no pixillation.

“We are going to keep going for it, until we are told no,” Kirschner told reporters today during FX’s Television Critics Tour panel. “We cut a bunch of stuff out, oddly enough.”

“It’s not something to be pixillated,” adds Fowler. “What’s exciting about it, what it says about the character of Laura is that she’s a total badass. She’s Sarah Connor meets Emma Peel meets John Wick. She’s non-pixillated. You see woman do what she does as she goes into metaphysical realm.”

The show follows Laura and Chrissy as they attempt to lead a normal life in Delaware, despite being constantly thwarted by monstrous forces, including Satan himself.

“I have a quest as the devil,” explains Danny Devito. “I met a beautiful woman and I have a gorgeous antichrist daughter who I love and want to be with. I get to play all the devilish things I’ve had in my career and this also gives me a family I care about.”

Laura and her daughter Chrissy are Jewish, something the writers plan to flesh out more in the first season. “We did make Laura Jewish for a reason,” says Fowler.