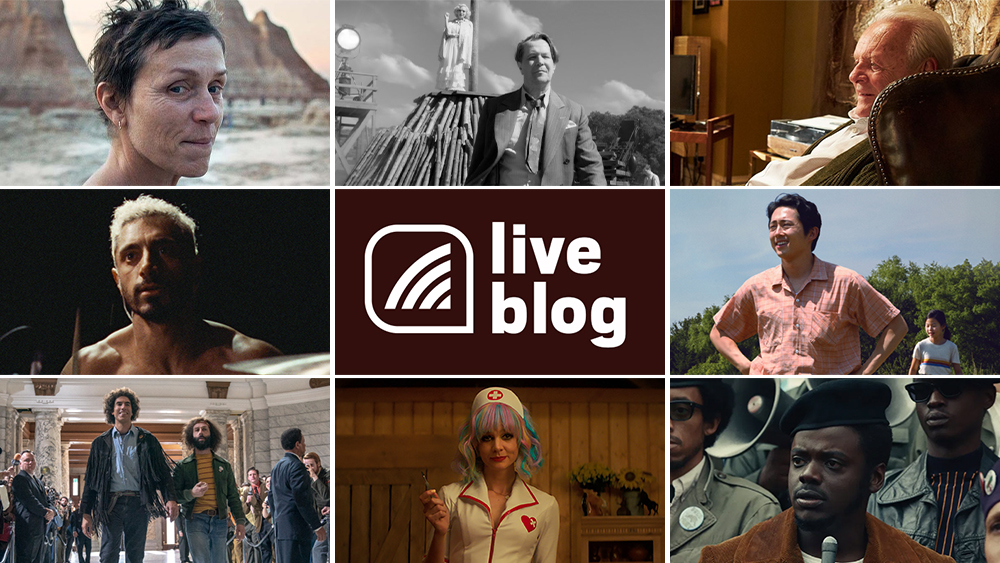 Some of the eventual winners may be predictable, but the 93rd annual Oscars and the circumstances leading up to it for the past 16 months is something no one could have foreseen. The worldwide coronavirus pandemic and its ramifications have turned Oscar on his head ahead of tonight’s finale of the movie awards season — one stretching out to eight months, since Nomadland won the Golden Lion at the Venice Film Festival in September, and taking twists and turns ever since. In fact, this Oscar show was originally set for February 28 until the Academy of Motion Picture Arts and Sciences was forced to move it back two months in hopes of a safer environment to a do a live ceremony.

The Oscar show we will see tonight, on the latest date in AMPAS history, is also promised to be like no other, and you can take that to the bank. There will be no Zoom acceptance speeches. Nominees and presenters and one guest each are the only audience on hand. Only a cap of 170 people will be allowed in the room, with the main stage at new venue Union Station in downtown Los Angeles, and nominees will be rotated in and out according to when their category is up, and then spend the rest of the show watching it on TV screens in the gorgeously designed Oscar makeover of the Union Station’s North Patio. More than 600 journalists from around the globe will be interviewing winners virtually instead of in person.

How To Watch The 93rd Oscars Online & On TV

Producers Steven Soderbergh, Stacey Sher and Jesse Collins are also promising a different vibe to the show itself, saying it will be more like watching a movie than a television show about the movies. Instead of a parade of presenters, the producers have put together a “cast” of 18 who will weave in and out in lieu of a single host, the third year in a row the show has gone host-less. The nominated songs have all been pre-recorded (four of them at the new Academy Museum of Motion Pictures and one in Iceland(!)) and will be performed in their entirety on the Academy’s official 90-minute preshow — one reason we are starting our live blog earlier than usual.

As for the movies, this has also been a year like no other. Oscar voters will be choosing their favorites based largely on watching them at home, rather than in theaters which have basically been closed all year in the key hubs of Los Angeles, New York City and London, and that includes the Academy’s own theaters where members usually gather afterward and start that all-important buzz. Instead, the movie-watching experience has been limited to their television screens, laptops or (God help us) wristwatches.

How that affects the results is something we are about to find out. Will heavy favorites like Nomadland in Best Picture, or the late Chadwick Boseman for Best Actor, fall prey to upset winners instead? Who among the five leading actresses will emerge triumphant in the one of the tightest and most unpredictable races ever in that category? Will Minari’s Yuh-Jung Youn become the first Korean ever to win an acting Oscar, and only the second Asian since Japan’s Miyoshi Umeki was a winner for Sayonara in the same Supporting Actress category at the 1958 Oscar ceremony? Will Glenn Close officially tie Peter O’Toole as Oscar’s biggest acting loser at eight nominations without a competitive win, or will she break the jinx with a surprise win tonight? And will Nomadland’s Chloé Zhao become only the second woman ever, and first of color, to win Best Director as all the betting is predicting?

Deadline’s Mike Fleming and Joe Utichi will be joining me for all the play by play as we watch a broadcast already widely expected to be the lowest-rated ever with the lowest-grossing winners and nominees in history, but also, albeit out of necessity, perhaps the most innovative ever. Follow along on Deadline’s live blog, and then look for my analysis and wrap up of the evening shortly afterwards.