Locarno Chief Giona A. Nazzaro On Festival Lineup And Breaking Into The Awards Season Mix. – Deadline 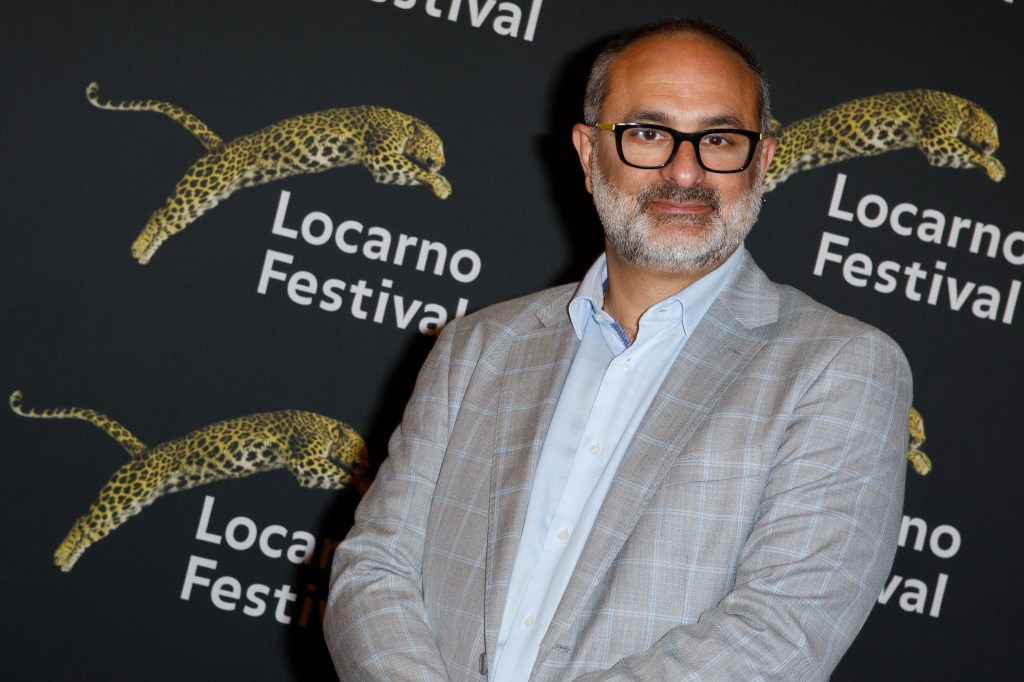 Locarno Film Festival artistic director Giona A. Nazzaro is gearing up for the lakeside event’s 75th-anniversary edition from August 3 to 13. In his second year in the job, he has pulled together an eclectic programme spanning mainstream Hollywood and experimental filmmaking.

David Leitch’s action-comedy Bullet Train, starring Brad Pitt, makes its international festival premiere as the opening film on Locarno’s famed Piazza Grande square. Pitt will not be in attendance, but his co-star, Aaron Taylor-Johnson, is set for the Piazza and will receive the festival’s Excellence award alongside Daisy Edgar Jones, Jason Blum, and Matt Dillon who are also set to receive honors.

Other films set to screen in the festival’s famed 8,000-capacity open air venue include Laurie Anderson’s Home Of The Brave, Anna Gutto’s Paradise Highway, starring Juliette Binoche as a truck driver who traffics a young girl, and post-Bataclan terror attack drama You Will Not Have My Hate by German director Kilian Riedhof. The festival also returns with a full industry schedule, including its annual StepIn sessions and masterclasses with Christine Vachon and Lucius Barre.

Nazzaro talked to Deadline about his distinct programming style, mixing mainstream and arthouse fare, the challenge of attracting big studio films, and his desire to push Locarno into the awards season conversation.

DEADLINE: This is your second year as artistic director and your first festival ‘proper’ after Covid. How have you found pulling together the event?

GIONA A. NAZZARO: Last year was a rush because we decided to open up the Piazza. Then the situation changed, which meant we could add more cinemas. We had to adjust to the situation as we were going. This year, we knew that we could begin from the success of last year’s edition. I know it sounds a bit weird hearing me talking about successes, but it feels like the previous edition was a great success. To give a very simple example, yesterday I received the Blu-Ray edition for Sacred Spirit which played in competition. We managed to do something that we set out to do, which was to bring the festival to people who were not aware of it through the success of certain films.

DEADLINE: Will you be at full capacity?

NAZZARO: Yes, totally. We’ll be at full capacity and we will shed all the Covid safety measures.

DEADLINE: Bullet Train. There is a lot of buzz around this film and it boasts a star-studded cast, including Brad Pitt. How did you secure the title for Locarno?

NAZZARO: I’m a very passionate cinephile, so I look in all directions. It is an extraordinary razzle dazzle action movie with a lot of humor, but if you pay attention, you can see that it’s also an essay on how to deconstruct traditional storylines with an anti-hero who does not want to resort to violence

DEADLINE: Locarno falls between Cannes and Venice. Over the last few years, Venice has become such a launchpad for awards season films. Has this made it harder to draw in the big studio awards titles?

NAZZARO: Obviously, we would love to be a part of that conversation. Let’s be totally clear. And we are trying to convince some of the studios that we could do that in an interesting way, but I have to say we have no problems in getting in conversation with major studios. It ultimately comes down to strategies and when they fit, we more than gladly work together as in Bullet Train as with the Where the Crawdads Sing [also playing on the Piazza Grande]. So this is a conversation that we are really interested in and we hope that this conversation will bear fruit in the next years.

DEADLINE: What is the value in being in the awards conversation for a festival like Locarno?

NAZZARO: We’re a real audience festival meaning that we don’t rely only on the professional press or extreme cinephiles. If a studio wants to know if a film works or not, then the Piazza is the place where they can truly verify that because it’s an audience that pays the ticket, that wants to be there. So I think that this, especially for certain kinds of films, would be extremely interesting.

DEADLINE: There’s a lot of chatter about competition between festivals in Europe and North America. Do you see yourself in competition with other festivals?

NAZZARO: It’s important for a festival like Locarno to have films that have not been shown elsewhere. This is because we want people to come to Locarno and discover new films. When people say I should also promote films that have been elsewhere, they are usually harboring different reasons and not all of them are for the sake of art. I believe strongly in a festival with a signature.

DEADLINE: Locarno has long been seen as a space where art and experimental cinema can be found. This year Laurie Anderson is also being honored. To what extent do you see Locarno as an arthouse festival?

NAZZARO: For me, cinema is art, so I don’t see it as a contradiction to celebrate Laurie Anderson, who has always worked with the mythology of film, deconstructing it, and making something completely new, in the same place where we open with Bullet Train, or celebrate the legacy of Douglas Sirk [who is the subject of Locarno’s retrospective program this year], or celebrate absolutely new filmmakers. So I would say that yes, Locarno is an arthouse film festival. But in the true sense of the word, in that, we are celebrating the art of cinema in all of its forms. Not as a tag label that pinpoints you in a specific place from which you cannot move.

DEADLINE: Racial and gender diversity is a huge topic in our industry. There are 22 films directed by women at the festival this year. That’s about 36%. How do you feel about Locarno’s track record in terms of boosting diversity?

NAZZARO: This is really the key question that we are facing as an industry because this industry is obviously the mirror of everything that’s working or not working in the larger society. And this is why there is this great deal of attention pointed toward the cinema industry. I think that we did better than last year in terms of the gender balance, even though this year we received fewer submissions of female-directed films than last year. So I’m really happy that we are at around 40-something percent in the three major competitions. And, for instance, we also have the Canadian film Before I Changed My Mind that qualified as nonbinary.

DEADLINE: This year’s selection has a lot of young first-time filmmakers. Who should audiences be looking out for?

NAZZARO: If I were a young cinephile coming to Locarno to discover cinema I would certainly make sure not to miss any of the 15 films in the Filmmakers of the Present competition. I know it sounds rhetorical, but that’s really where the future of the art form lies. We put great effort into securing the most diverse range of filmmakers possible. There is the Moroccan film Fragments of Heaven or the Brazilian It Was Night in America or the Canadian coming of age film Before I Changed My Mind, which is a Spielberg-era Amblin film with an unusual LGBTQ plus twist, or a film like the Australian film Petrol that recalls some of the best ideas of the Aussie wave from the early eighties. Those films I would certainly not miss.