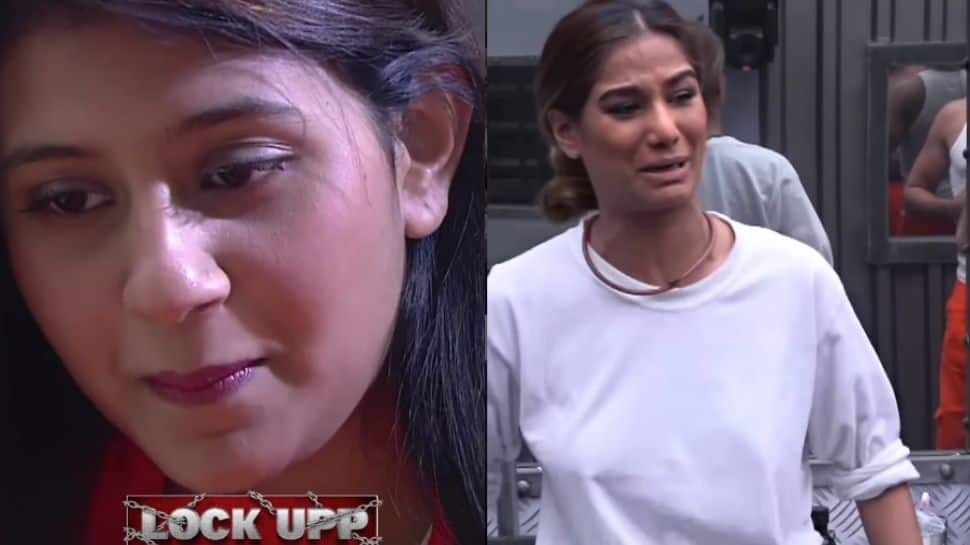 New Delhi: In the latest episode of Lock Upp, Saisha Shinde and Munawar Faruqui again get into a huge fight. Saisha talks trash about Munawar at the beginning of the episode and told other inmates that he doesn’t do any household work.

Saisha also admitted that she is confused about her feelings for Munawar but is done with him now.

Anjali Arora, after her fight with Poonam Pandey in a previous episode, said that Poonam is fake as she insulted her behind her back but acts nice in front of her face. Anjali said that Munawar and Poonam take her for granted and treat her differently which she doesn’t like at all.

Poonam Pandey revealed that 3-4 years ago, her family was kicked out of her residential society because of people’s perception of her. Karanvir Bohra consoled her as she broke down into tears.

They chose Karanvir and Anjali as the two people who have to wash dishes for the whole house without anyone’s help.

Later, in the episode, Mandana revealed that she had hid Anjali’s shoes as she was pissed her her previously. This irked Anjali and Munawar as they questioned Mandana for her antics.

Incidentally, Poonam’s face mask was also found in the same spot which made Poonam think that Mandana stole her face mask but the latter denied it.