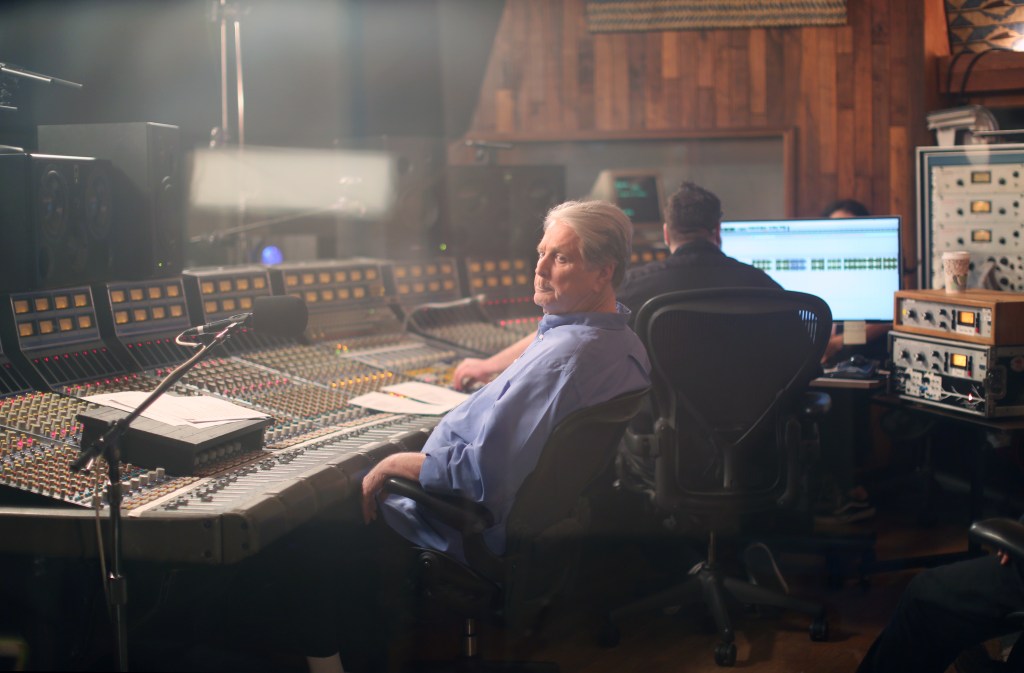 EXCLUSIVE: Brian Wilson: Long Promised Road, the new documentary on the legendary musical genius that had its world premiere at the Tribeca Film Festival in June, has been acquired for distribution by Screen Media for release in theaters and video on demand in November.

The company also plans an Oscar campaign for the film including hopes to land a nomination for the original song “Right Where I Belong,” written by Wilson and Jim James and recorded specifically for the movie.

I wrote about the docu pre-Tribeca in an exclusive interview with Wilson, director Brent Wilson (no relation) and executive producer and film participant Jason Fine, who as a veteran Rolling Stone editor has interviewed Wilson numerous times and, for the purposes of this film, took the star on a long drive (where Wilson selected the music they played along the way) to many of the locations that shaped his life and career. More than 70 hours were shot with Wilson and Fine for the movie, which also features rare, previously unseen home movies and archival footage and photos plus concert, studio and interview footage.

Producers had hoped the Tribeca premiere, which drew enthusiastic reviews (it currently sports a 100% positive score on Rotten Tomatoes), would entice the right distributor to take on the film. “From his days with the Beach Boys to his legendary solo efforts, Brian Wilson is a singular artist whose influence can be felt across every element of over six decades of pop music,” Screen Media said Monday. “He’s always been a bit of a mystery, but with Long Promised Road, we finally get an intimate look into Wilson’s music, legacy, and life. Screen Media is incredibly excited to bring his legendary musical journey to audiences across the country.”

The docu uses a road-trip formula that opens a new window on the famed star whose music is synonymous with the California dream. The film provides both a first-hand, intimate look into Wilson’s storied life while also aiming to be further inspiration to anyone who has been touched by his music. Among those interviewed in the film are Bruce Springsteen, Elton John, Nick Jonas, Jakob Dylan, Al Jardine, Gustavo Dudamel, Taylor Hawkins and Don Was.

The filmmakers note that Wilson, often called a genius for his novel approaches to composition and recording techniques, is widely acknowledged as one of the most innovative and significant songwriters of the 20th century and is considered the principal originator of the “California sound.” His honors include inductions into the Rock and Roll Hall of Fame (as a member of the Beach Boys) and the Songwriters Hall of Fame, a Kennedy Center Honor, two Grammy Awards and the Ivor Novello Award. They hope the new song will also add an Oscar to that list. Wilson will be once again going out on a concert tour for the month of October in advance of the film’s release.

Brian Wilson: Long Promised Road is produced by Tim Headington and Theresa Steele Page under their Ley Line Entertainment banner, and Brent Wilson. It is executive produced by Brian Wilson, Melinda Wilson and Fine, and co-produced by Jean Sievers.

Seth Needle, EVP Global Acquisitions and Co-Productions, negotiated the deal for Screen Media (a Chicken Soup for the Soul company) with ICM Partners on behalf of the filmmakers.