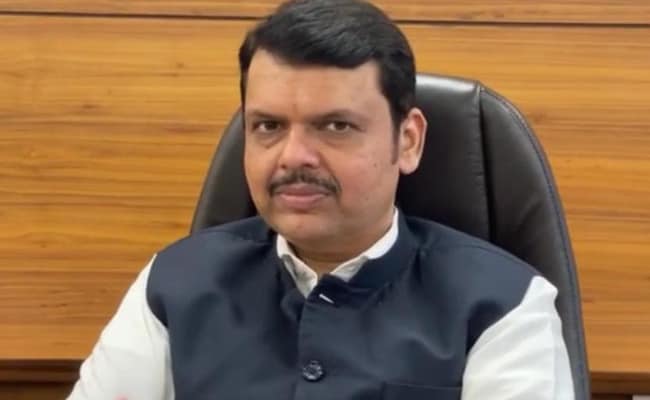 Devendra Fadnavis was speaking to the reporters in Mumbai today. (File)

An institute on the lines of Niti Aayog would be set up in Maharashtra for comprehensive data analysis and to make studied decisions on various sectors, Deputy Chief Minister Devendra Fadnavis said on Sunday.

Speaking to reporters, Mr Fadnavis said, “A delegation led by Chief Minister Eknath Shinde met the chief executive officer and other officials of the Niti Aayog today. It was proposed that an institute of transformation on the lines of Niti Aayog would be set up to make studied decisions on various sectors. CM Shinde has given an in-principle nod to this suggestion.”

Mr Fadnavis said the institute would be named Maharashtra Institution for Transformation (MITRA), “which will be another milestone in the journey of fostering cooperative federalism under the leadership of Prime Minister Narendra Modi”.

“We look forward to this new beginning and to working collaboratively with team NITI Aayog,” Mr Fadnavis said.

The topics discussed during the meeting between the chief minister and the NITI Aayog officials ranged from monetisation of assets, blockchain in agriculture, transportation taking to alternative fuel or EV policy, non-conventional energy, and drone in healthcare and agriculture, among others, he said.

The NITI Aayog has also carried out an extensive study on similar issues and developed a tool, where inter-related data from various departments is collectively analysed for a better decision-making process, Mr Fadnavis added.

“For instance, one department has details of an outbreak of disease, while another one possesses information about the location of contaminated water. If these two departments share their data, decision-making would be more effective,” the deputy chief minister said.

“The trillion dollar economy proposal was also discussed with the Niti Aayog and we are trying to achieve it with its help,” he said.

The NITI Aayog serves as the top public policy think tank of the central government, and the nodal agency tasked with catalysing economic development and fostering cooperative federalism through the involvement of state governments in the economic policy-making process. It was set up in January 2015 by the PM Narendra Modi government to replace the Planning Commission.

The team of SMEs (Subject Matter Experts) from NITI Aayog, its CEO Param Iyer and senior Maharashtra government officials were present in Mumbai this afternoon for this meeting.