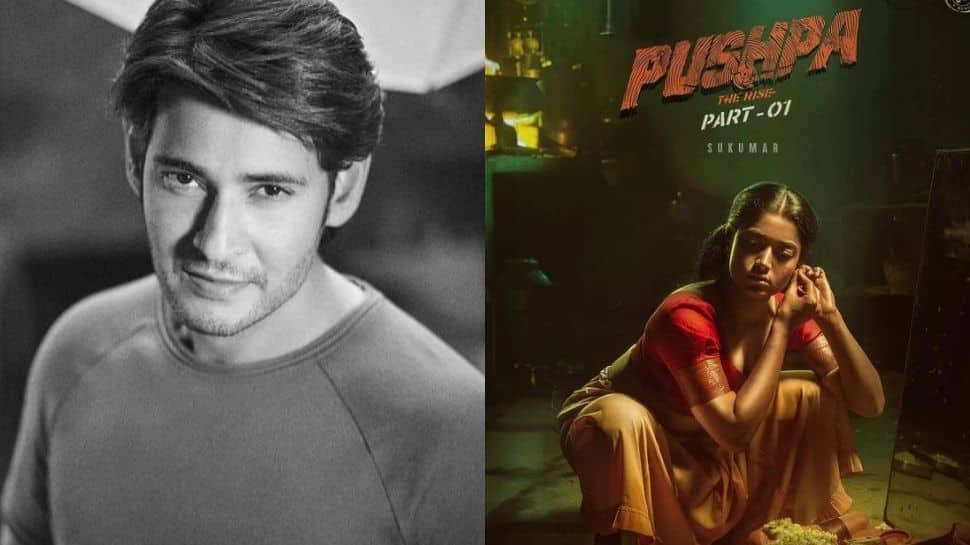 New Delhi: Telugu superstar Mahesh Babu got trolled on Twitter for his tweet on Allu Arjun’s film ‘Pushpa: The Rise’. A few days ago, the ‘Pokri’ actor had taken to Twitter to shower compliments on Pushpa cast and crew including Allu Arjun, composer Devi Sri Prasad, director Sukumar and even Mythri Movie Makers.

However, netizens noticed that he had missed out on the female lead – Rashmika Mandanna.

This led to a group of Twitteratis asking Mahesh Babu why he didn’t praise Rashmika along with Allu Arjun despite her being the female lead in the movie. One netizen even deemed it as a ‘huge disrespect’ to Rashmika.

Take a look at Mahesh Babu’s tweets and reactions to them:

.@alluarjun as Pushpa is stunning, original and sensational… a stellar act  @aryasukku proves again that his cinema is raw, rustic and brutally honest… a class apart

Huge disrespect from you!! Didn’t even mentioned about female lead

Why hatred on Rash?? pic.twitter.com/KMhSI2v4mr

On Thursday, Mahesh Babu informed fans that he had tested COVID positive after returning from his New Year vacation abroad.

He tweeted: “To all my fans and well-wishers: Despite taking all the necessary precautions, I’ve tested positive for COVID-19 with mild symptoms.”

Coming to the film ‘Pushpa: The Rise’, it released in theatres on December 17 last year in Telugu, Kannada, Tamil, Malayalam, and Hindi. It stars Allu Arjun, with Rashmika Mandanna, Fahadh Faasil, and Dhananjay in important roles.

The film directed by Sukumar revolves around red sandalwood smuggling activities in the Rayalaseema region of Andhra Pradesh. The movie has successfully garnered audiences in most of the markets it was screened in.