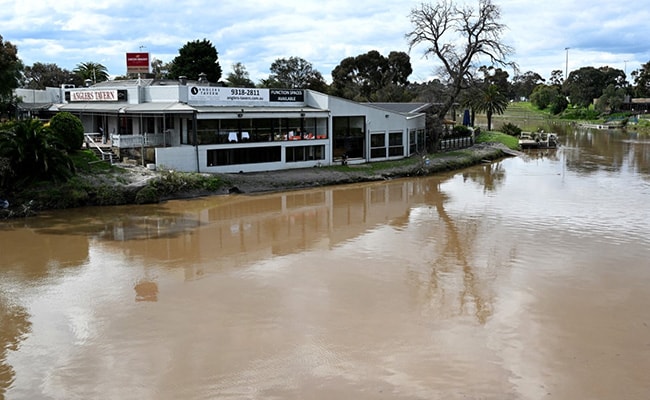 A tavern lies damaged by floods in the Melbourne suburb of Maribyrnong.

Cars left on the streets of the suburb were almost completely swallowed by the floods, while some stranded residents had to be saved by inflatable rescue boats.

“Our home oval is underwater at the moment, the water is well over waist high,” she told AFP.

“I live in the same suburb and it’s a bit scary.

“Luckily our house is a bit higher up, but lots of houses around the river are impacted.”

State Premier Daniel Andrews told reporters 500 homes in Victoria had been “inundated”, while a further 500 properties were surrounded by floods and cut off from emergency services.

“That number will definitely grow,” he said Friday.

“It’s getting a little bit nerve-wracking now,” she told AFP.

“The water is getting close and we can see it in front of us.”

While the worst of the rain had passed by late Friday morning, the state emergency service warned the floods would get worse as water flowed downstream into swollen river catchments.

“There are not many parts of Victoria that aren’t experiencing major flooding over the coming days,” emergency services spokesman Tim Wiebusch told reporters.

Although flood waters in parts of Melbourne had started receding Friday afternoon, the worst was to come for other parts of the state.

About 4,000 homes in Shepparton, about two hours north of Melbourne, could be flooded by early next week, Mr Wiebusch said.

“This is a major emergency for the state of Victoria,” he said.

A disused Covid-19 quarantine centre with a capacity for 1,000 people would be used as shelter. 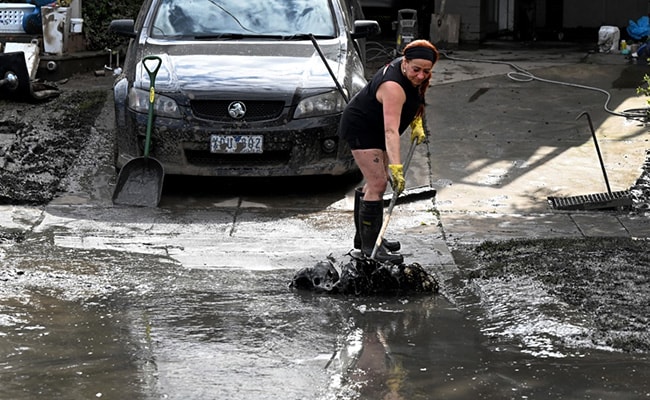 A woman sweeps mud from a property affected by floods in the Melbourne.

Northern parts of Tasmania — an island state south of Victoria — were on Friday also preparing for major floods.

Mass evacuation orders were issued, while heavy rains forced the closure of some 120 roads.

“Lives are at risk from floodwaters,” Tasmania’s state emergency service said in a statement.

In New South Wales — Australia’s most populous state — an evacuation centre was set up after intense downpours Thursday evening in Forbes, an inland town about five hours’ drive east of Sydney.

Australia’s east coast has been repeatedly lashed by heavy rainfall in the past two years, driven by back-to-back La Nina cycles.

Tens of thousands of Sydney residents were ordered to evacuate in July when floods again swamped the city’s fringe.

Climate change does not cause La Nina events, but scientists believe it could make periods of flooding more extreme because warmer air holds more moisture.