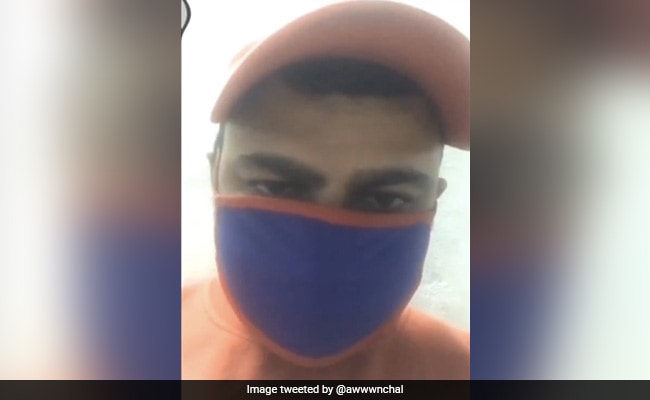 After cyber cell intervened, the man did make an apology video

A quick exposition. After Ms Agrawal posted the offensive video on her Gram, a follower forwarded it to the Cyber cell. The man was contacted by the cell officials and he apologised to them, Ms Agrawal says in her Twitter thread.

The apology was then forwarded to Ms Agrawal, who told the officers that the man needs to apologise to her.

“He needs to send an apology to me and all women. This is not okay. Him saying sorry to you and you letting him off the hook it is not okay,” said Ms Agrawal.

Directed by the authorities, the man did send a video apology.

“I asked them for a video apology. Guy wore a mask for it, but the message is delivered,” says Ms Agrawal.

Ms Agrawal, popular for the television series “Ek Bhram…Sarvagun Sampanna, was thankful for the man who flagged the disturbing post to the cyber cell.

“I am glad that an informed guy took that action and the Cyber cell took action so quickly. I am glad things are changing. This will put him in place,” said Ms Agrawal.