‘Mayans M.C.’ And ‘Sons Of Anarchy’ Are Going To War In Season 4 Teaser Trailer – Deadline 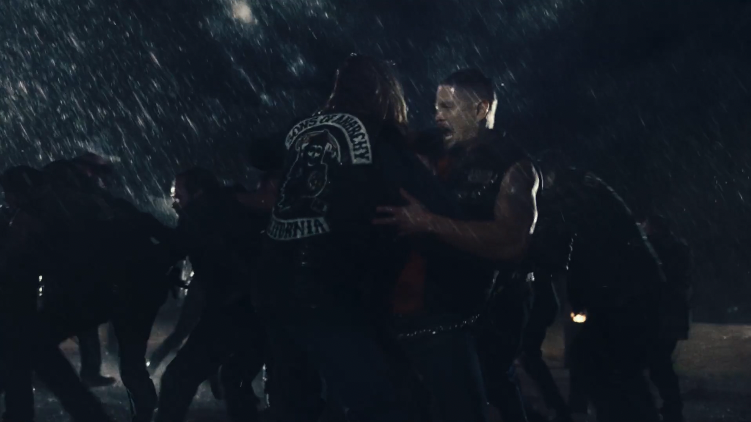 EXCLUSIVE: To say war is imminent in Season 4 of FX’s Mayans M.C. would be an understatement—it has already begun. Deadline has your exclusive first look at what’s ahead when the Mayans face off against the Sons of Anarchy‘s SAMCRO in the teaser trailer above.

With Van Ghoste’s cover of the Yeah Yeah Yeahs “Off With Their Heads” setting the scene, men from both sides angrily embrace in defense of their families on the battlefield.

On one side, the Reyes siblings, EZ (JD Pardo) and Angel (Clayton Cardenas) are leading the pack, flanked by their loyal brothers Gilly (Vincent “Rocco” Vargas), Hank (Frankie Loyal), and Creeper (Joseph Lucero). But in order to win, they will need all hands on deck.

In the Season 3 finale, the fates of Bishop (Michael Irby) and Taza (Raoul Trujillo) lay in the balance after a gunshot was unleashed in a room where it is assumed only the pair are present. Taza committed an unforgivable sin in the eyes of the club, and to cover it up, he exposed his brothers to retaliation.

So it’s only fair Taza and Bishop—as seen in the clip—are in the middle of all the action in Season 4. 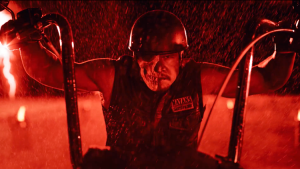 Speaking of unforgivable sins, Coco (Richard Cabral) lost himself to addiction and was kicked out of the club. Thanks to his best friend Gilly, Coco’s life was spared and he lived another day to put some hurt on the Reapers.

On the Sons’ side, the imagery seems intentionally vague so the following is purely speculative. In a blink-and-you-missed-it shadow, it appears that Happy (David LaBrava) might have a role in this clash of the titans.

There’s also a jaw-dropping moment with EZ tussling with one of Charming’s own who, from the back, looks eerily like Jax Teller (Charlie Hunnam). But unless the war is going down in someone’s dream or in the depths of the beyond, a fair guess would be he’s fighting Rane Quinn (Rusty Coones).

One person noticeably missing from the melee is Marcus Alvarez (Emilio Rivera), who’s more of a free agent who can pick a side (but may not want to). He could still serve a pivotal role in brokering peace but it is still anyone’s guess—unless you are co-creator Elgin James.