‘Meet Me In The Bathroom’, ‘Banshees’ At The Specialty Box Office      – Deadline 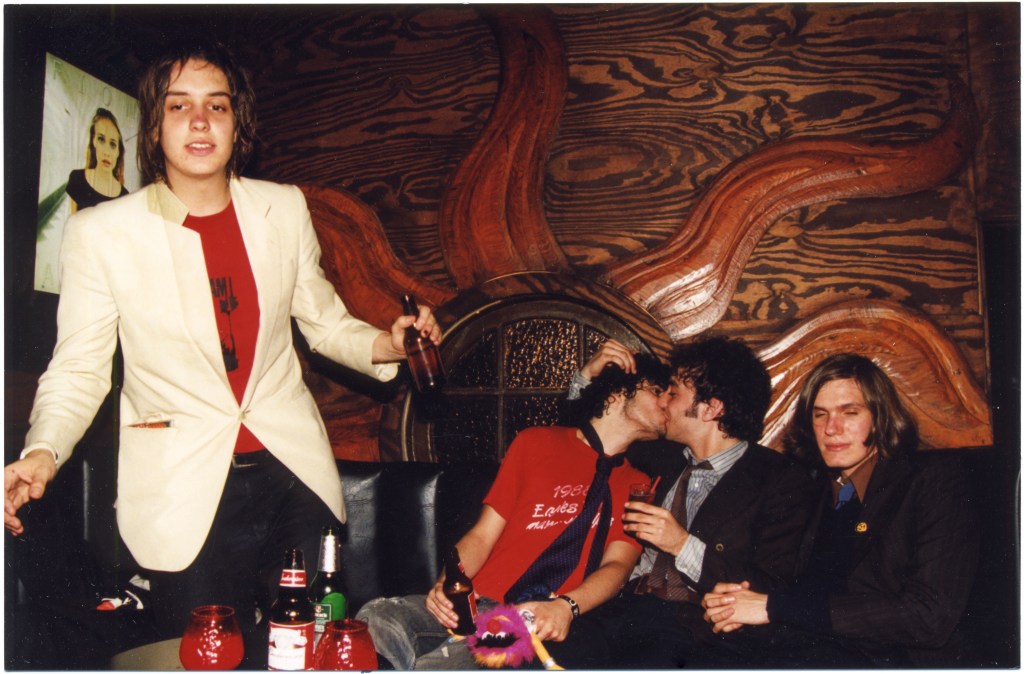 Rock documentary Meet Me In The Bathroom grossed $85,683 in four locations for a per screen average of $21,421 in week one, a milestone for the indie distributor. Two of four screenings were one night only, sold-out events at The Fonda in LA and Webster Hall in NY (live performances by The Moldy Peaches, Adam Green, Wah Together)

Utopia had initially projected a lower number but said a fanbase for New York’s early 2000s indie rock scene flocked to the IFC Center and the Los Feliz 3 by American Cinematheque (with only three shows) for sold-out theatrical screenings throughout the weekend. It plans a 150+ screen national expansion on 11/8, with sell-outs and added shows expected in Austin, Akron, Brooklyn, Cincinnati, Denver, Detroit, El Paso, San Antonio, Seattle and other markets.

Specialty film openings are hard to compare and rarely apples to apples, with Q&As at many routinely drawing sellout audiences and live music an even bigger draw. That said, whatever works. A handful of recent music docs and concert films have been standouts this year by any measure.

Utopia also expanded Ali Abbas’s Holy Spider to four screens in Los Angeles and Brooklyn, grossing $20,385 for a PSA of $5,096 and a cume of $41,206. The film, which Utopia picked up amid hefty competition out of Cannes, opened at the IFC Center last week.

Fox Searchlight’s The Banshees Of Inisherin expanded across North America into 45 new markets in week three for a $2 million gross — putting it at no. 7 at the U.S. box office — with a per screen average of $2,235. The Martin McDonagh-written and directed film crossed $3 million in cumulative grosses.

The film, which won Best Screenplay for McDonagh and Best Actor for Colin Farrell in Venice, opened Oct. 21 in LA and NY with one of the highest per screen averages for the fall at $45,250. It’s still certified fresh at 97% on Rotten Tomatoes and planning to add a few more theatres next weekend. It could cede screens Nov. 18, when Searchlight opens wide-release Ralph Fiennes-Anya Taylor-Joy and Nicholas Hoult-starring horror thriller The Menu.

Other expansions: Focus Features’ Armageddon Time moved into1,006 theaters nationwide for an estimated weekend gross of $810,000, PSA of $802, and current domestic cume of $902,000. The James Gray-written and directed film received a 2022 Gotham Award nomination for Best Screenplay last week.

Expanding – if, how, how much, and how quickly – is the biggest conundrum facing specialty distribution right now. There’s definitely been a box office spark for indie films. The big challenge, as weekend numbers often show, is fanning it when adding theaters.

Noting: S.S. Rajamouli’s RRR grossed $10,920 at a single weekend IMAX showing at NYC’s AMC Lincoln Square, the theater’s top grosser for the day by far. Filmmaker Mary Herron led an Q&A after the show. The re-release is entering I’s sixth month with a cume so far of$245,186. Next up, screenings at the AMC Metreon IMAX in SF, the Music Box Theatre in Chicago, and Aero Theatre in LA.

Previous article“We Are Listening And Open To Everything” – Deadline
Next articleDrummer, Vocalist For Slowcore Band Low Was 55 – Deadline
LocalTak™Sabse Tez